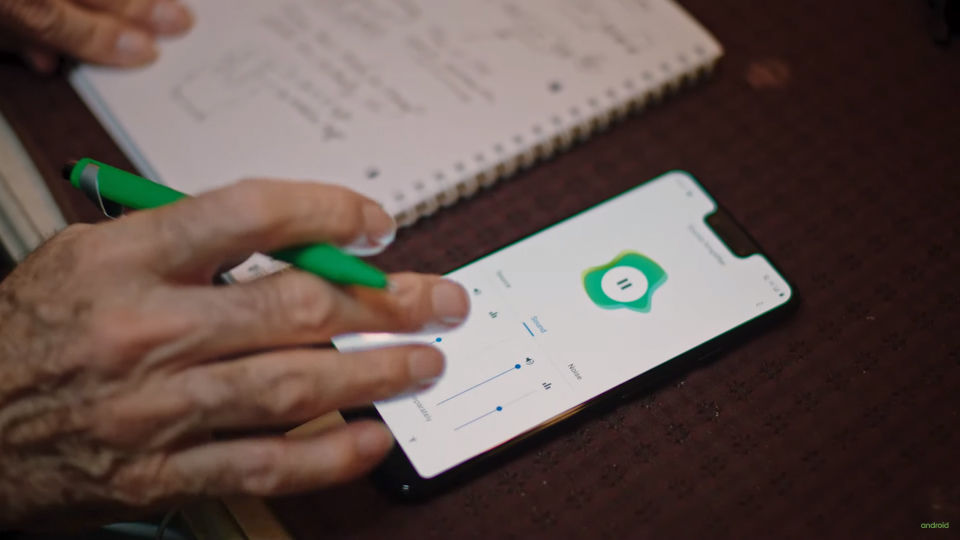 Google has updated its Sound Amplifier app to work on devices running Android 6 and above.

The app boosts quiet sounds and comes with a visualisation feature.

Google announced its Sound Amplifier app back in February this year, which works with headphones to improve the audio experience on phones. The accessibility app was initially announced on Android 9 Pie and came pre-installed on Pixel 3 phones. Now, Google is updating the app to not only support more devices but to enable users to have a better idea of how the app works after tweaking its settings. The latest version of the app now supports devices running Android 6 Marshmallow and above and comes with some controls to help users get the best out of the app.

Those who install the app will need to plug-in headphones to use it. Once the app is booted, they will get to customise frequencies to augment and amplify sounds around them and filter background noise as well. The app is touted to increase quiet sounds while not over-boosting loud noise. The app’s main interface consists of two sliders that enable boosting and fine-tuning audio. One can also adjust it separately for each ear. In addition, to enable users to better understand how the app is working, Google has added a visualisation tool that reacts as per the changes made to the settings.

“Sound Amplifier is an Android Accessibility app that helps people hear more clearly, and now it’s available on Android devices running Android 6.0 Marshmallow and above. Using machine learning, we sorted through thousands of publicly available hearing studies and data to understand how people hear in different environments and created a few simple controls,” states Google in a blog post. The app is added as an accessibility option after installation and can be accessed from Settings > Accessibility > Sound Amplifier.

In related news, Google has introduced its new Gallery Go app, which is a stripped-down, lightweight version of the Photos app. The new app works offline and is aimed at less-powerful handsets and people who are transitioning to a smartphone. As mentioned, the Gallery Go app doesn’t need data to work and it can also be used to edit, manage, and find images stored on a device. The app is capable of automatically sorting different types of images and it supports SD card detection as well.

The Gallery Go app costs less than 10MB and it works on devices running Android 8.1 Oreo and above. The new app launches come soon after the standard Photos app was updated to be more dynamic and showcase better auto-generated stories with moving images, and an overall cleaner interface. While scrolling through the app, one will now get to see short video clips playing automatically and this apparently works well while viewing a completely zoomed-in view of the app.