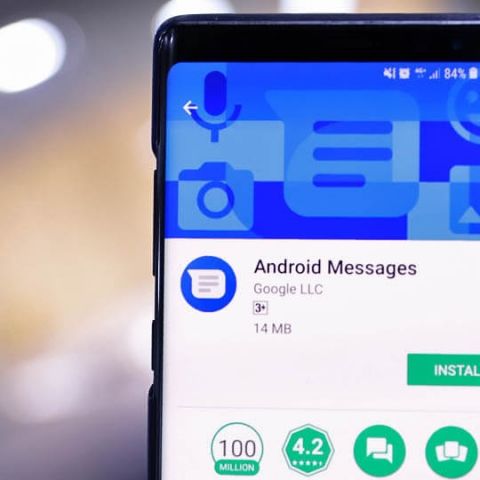 Besides a new dark mode, the new feature also adds a new mode as well as a ‘Start Chat’ button on the bottom right corner

Google is rolling out a new version of Android Messages that features a bunch of new features, most notable being a new dark mode. According to a report by The Verge, the dark mode (as one might expect) darkens the background and text. The new feature can be enabled via a toggle in the hamburger menu. Other new feature in the update includes a new font as well as a large ‘Start Chat’ button in the bottom right corner. The new button replaces the ‘+’ button that was used earlier.

It seems like having a dark theme is the new ‘in-thing’ when it comes to UI design. A few days ago, Microsoft announced that the next major update for Windows 10 would feature a Dark Theme for the File Explorer. The update is already available to Windows Insiders through the Windows 10 Insider Preview Build 17733. This news comes on the heels of Apple’s announcement that the next major update for macOS would feature dark mode. The feature would be a part of the macOS Mojave update that is scheduled to roll out by the end of the year. Recently, Google also added a Dark Mode toggle to Android 9 Pie. Besides changing the look of a particular UI, dark mode also aims to reduce eye strain that users might get by looking into a brightly lit screen for extended periods.