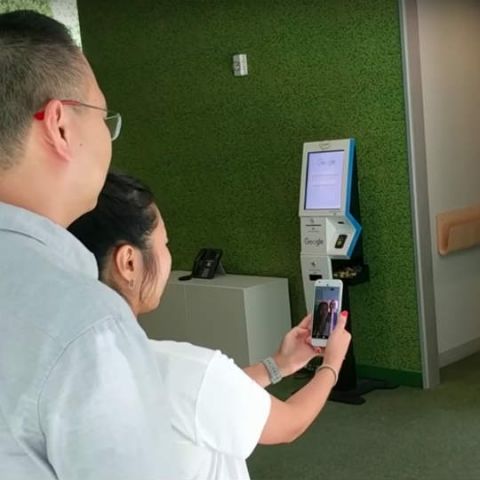 Have you ever caught someone snooping on your phone when you're out and about? It's quite common in placed like Delhi, where people travel in Metro rails, buses and more. You'll find the phenomenon in almost every crowded space. People just can't help but look at other's phones, read their texts, look at their images and register each darned tap they make.

Well, a new system designed by two researchers from Google may put an end to that. Hee Jung Ryu and Florian Schroff have designed an AI software that can identify people snooping on your phone. The software is an eye-detection AI that uses your front camera to identify people snooping on your phone. It's apparently fast enough to make this identification within around two milliseconds and works irrespective of light conditions.

Here's a video demonstrating the technology.

The software seems to work irrespective of what screen you're on. It detects the person snooping on your phone and immediately turns on the front camera to show their face to you, along with the message "stranger looking alert".

Of course, this seems to be an experimental use case right now, so there's no word on when or if it will make it to Android devices. Ryu and Schroff are going to showcase a working version of the software at the Neural Information Processing Systems conference next month. The conference is to be held in California.