Information about the Google Pixel 3 and Pixel 3 XL is leaking like a broken tap in an already flooded bathroom. Some two days ago, images of Pixel 3 XL prototype leaked online, revealing a wide notch and a thick chin on its display. Shortly thereafter, more images leaked and exposed its all-glass back. Now, the sharp-witted folks at XDA Developers have found some evidence that suggests the return of the Active Edge feature from the Google Pixel 2 and the Pixel 2 XL.

What is the Active Edge feature, you ask? About a year ago, HTC released a phone named U11 with squeezable buttons on the sides and an option to program their functionalities. Google, which partly owns HTC’s smartphone division, incorporated the same feature in its Pixel 2 and Pixel 2 XL and called it Active Edge. 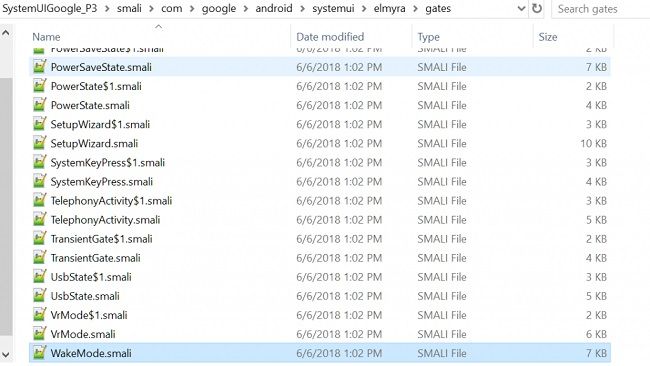 WakeMode method for Active Edge has been modified in Android P Developer Preview 3.

According to Mishaal Rahman of XDA Developers, the evidence of the feature carrying over to the third generation of Pixel phones comes in the form an update to the code class WakeMode in the ‘elmyra’ folder of Android P Developer Preview 3. ‘Elmyra’ is the codename for Active Edge. Additionally, XDA Developers’ senior member meraz900 recently confirmed the presence of an Active Edge button on the sides of the Pixel 3 XL prototype. Observing that the WakeMode method checked against models ‘crosshatch’ and ‘blueline’, the supposed codenames for the Pixel 3 and Pixel 3 XL, Rahman surmised that the feature will carry on from the previous Pixel phones.

Having said all that, there is a chance of Google deciding to scrap the feature altogether in the final production version of the Pixel 3 and Pixel 3 XL. After all, Google does have a history of scrapping features that have worked well on phones before. Ditching wireless charging for good in the phones that released after the Nexus 6 is one example from the recent past that instantly springs to mind.