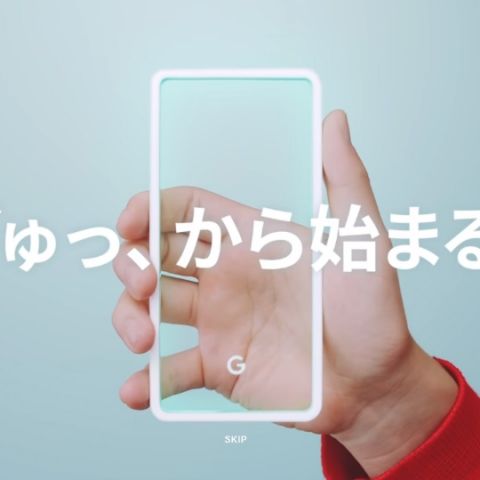 In one of the few official communications regarding the upcoming Pixel 3 smartphones, Google has teased the “Active Edge” technology in a video that it has uploaded on its official page in Japan. The video confirms two things: first, that the third generation of the Pixel smartphones will inherit the “Active Edge” technology from previous generation of Pixel devices, and second, the company will launch the smartphone in Japan. According to 9to5Google, this is the first time a Pixel device will be sold in the region.

The “Active Edge” technology was introduced in the Pixel 2 and the Pixel 2 XL smartphones last year. Commonly known as the squeeze feature, the technology is borrowed from HTC U11 smartphone. In Pixel smartphones, the squeeze features works to summon the Google Assistant - company’s Artificial Intelligence (AI)-powered virtual assistant. Apart from this, the “Active Edge” can also be used to silence alarms, timers, notifications and incoming calls. To do this, one needs to press the lower half of the smartphone and the phone will respond with a haptic feedback.

The video also hints that Google may incorporate a feature that will glow the edges of the phone. Samsung’s flagship smartphones like Galaxy S8 series, the Galaxy Note 8, the Galaxy S9 series and Galaxy Note 9 have an “Edge Lighting” feture that works exactly the same way as teased by Google. Users can change the effect, colour, transparency and width of Edge Lighting. The edges light up during notifications and incoming calls in Samsung devices but in Pixel 3 smartphones, the edges may light up when a user squeezes the phone.

When it comes to the availability in Japan, there is not much information on the official page though there is a link to register to get updates on the launch and availability of the smartphone in the region. “A new smartphone is coming. We will deliver the latest information on Google Pixel and Google hardware as soon as possible,” the company says on the page. Google will launch the Pixel 3 and Pixel 3 XL smartphone on October 9 at an event in New York.