Google Pixel 2 might be powered by Qualcomm's Snapdragon 836 chipset 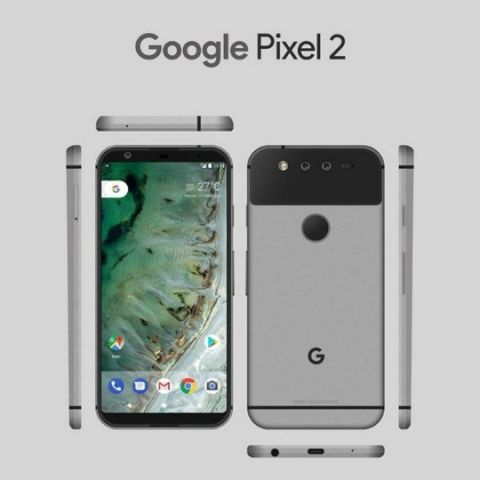 It seems like Google’s next smartphone, the Pixel 2, could be powered by Qualcomm's Snapdragon 836 platform. The Snapdragon 836 is tipped to be a revision of the current Snapdragon 835 platform. Reports suggest that like the SD835, SD836 will also use the Kryo 280 cores in an octa-core setup with slightly higher clock speeds. It is expected to use the same 10nm manufacturing process and hence should be energy efficient. Just a few days back a leaked screenshot revealed that the Zuk Z3 Max might be powered by a SD836 platform as well.

Earlier reports suggested that HTC will be making only one of the Pixel phones instead of both, as LG will handle the other variant. Like last year, Google is expected to focus on the rear camera and leaks as well rumours suggest that this year the Pixel phones may have a dual-camera setup. The leaked renders also suggest that the upcoming Pixel might also have an edge-to-edge display similar to LG’s G6. However, there are doubts if both the Pixel 2 and Pixel 2 XL will sport this feature. Other reports have suggested that the Pixel phones may have the squeeze functionality, similar to what was used on the HTC U11.

Reports suggest that Samsung and LG are already deploying the Snapdragon 840 and 845 in their respective smartphones. So, it is quite possible that like the SD821, the SD836 might just be a incremental update over the 835 and the real performance increase may come next year with the SD845 and the SD840 platforms.