Google is adding a million Android apps to Chrome OS 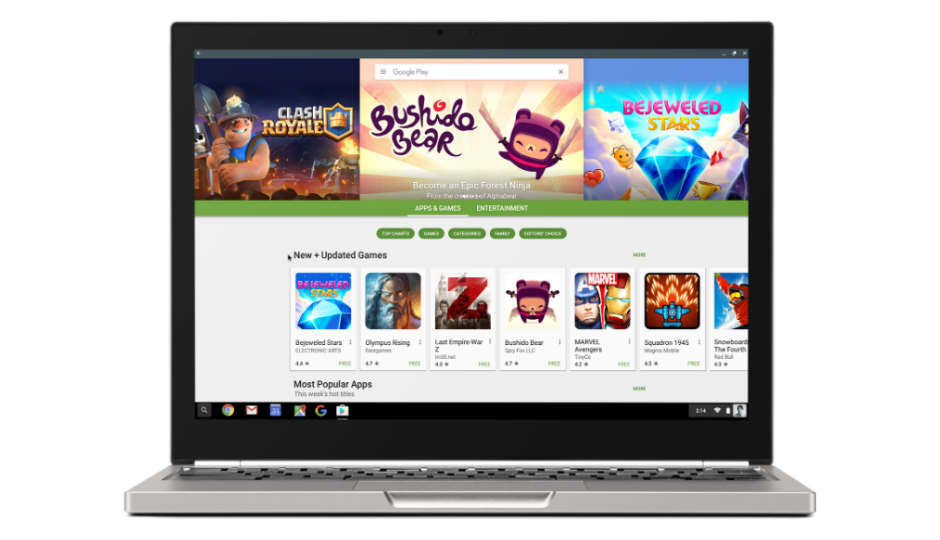 Google is adding a million Android apps to Chrome OS

Google is bringing its Android apps to Chrome OS via the Google Play Store. The annoucement was made during the ongoing Google I/O event and the company says that the OS will be able to run the same apps that run on phones and tablets, without any compromise on its speed, simplicity or security. In an official blog post, Chrome OS Software Engineers, Dylan Reid and Elijah Taylor said, “we're bringing Google Play (the most popular app store in the world) to Chromebooks. This means you’ll be able to download and use Android apps, so you can make a Skype call, work with Office files and be productive offline -- or take a break with games like Minecraft, Hearthstone or Clash of Clans.”

Support for Google Play will first roll out to the Asus Chromebook Flip, Acer Chromebook R 11, and the Chromebook Pixel in mid-June. The feature will roll out to other devices later this year. Further, Google says that they are working with partners to launch devices specifically designed for Play.

Reports of Google bringing Android apps to Chromebooks surfaced last month when a Reddit user running version 51 of Chrome OS spotted an option that enabled Android apps to run on Chromebooks. After digging into the source, the user was able to find instances related to the arrival of the Play Store on Chrome OS.