Google has collaborated with Universal to bring the fun dinosaurs from Jurassic Park into a lifesize form. 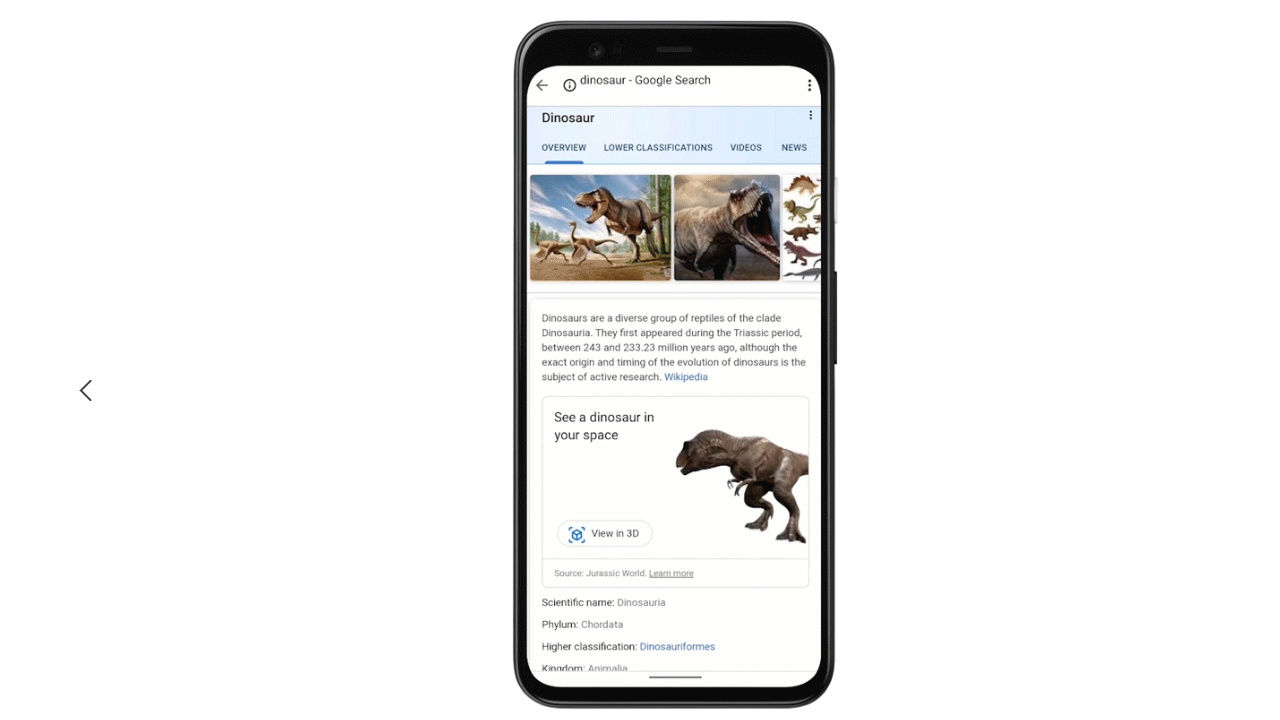 Google’s ARCore lets you run AR apps on smartphones, but the most accessible AR elements reside in Google Search itself. Google has been ingesting augmented reality versions of popular animals like lions, horses and more in Google Search for quite some time now. The latest addition is straight out of Jurassic Park — Dinosaurs.

Google has collaborated with Universal to bring the fun dinosaurs from Jurassic Park into lifesize form, projected on a flat surface. Google has also added animations and effects like roaring and stomping to make it more immersive.

As of now, you can see dinosaurs like Tyrannosaurus Rex, Velociraptor, Triceratops, Spinosaurus, Stegosaurus, Brachiosaurus, Ankylosaurus, Dilophosaurus, Pteranodon, and Parasaurolophus, with AR.

The thing about dinosaurs is that they are humongous,  as compared to a lion or a wolf. So fitting them in a small space was a big challenge for Google. The company says it added a new auto-scaling feature to fit them automatically into a space, so you can see them as you move.

Finding these dinosaurs are also easy. You just need to ask for dinosaurs on Search or any of the 10 dinosaurs Google has listed out. It can be viewed on the Google Search app or on the browser of any device running on Android 7 and above. However, you will need a device that supports Google’s ARCore APIs. Otherwise, you will just be seeing them in 3D. You can also check out the dinos in Chrome and Safari on iOS devices running on iOS11 and above.