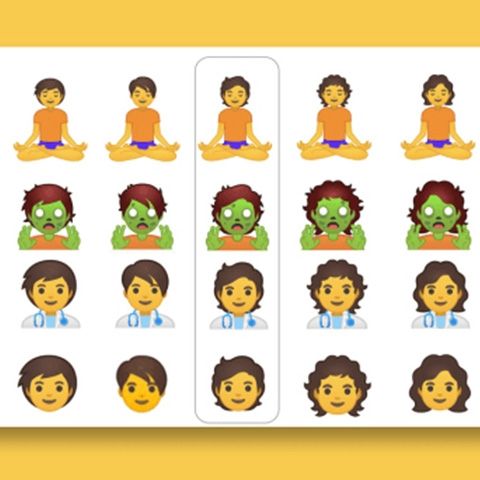 All emoji will be gender neutral

The Android Q beta for the Pixel phones will be receiving 53 new emoji, which will be added to the final Android Q build for all phones later this year. The new emoji follow a “gender-fluid” theme, that is, they are designed to be ambiguous in the genders they represent. This is a part of Google’s attempt to make the emoji more universal and inclusive.

Since their introduction in 1999 as the “little yellow man” the emoji keyboard has expanded to over 3000 characters. While many of these are new, some are an expansion of existing characters based on gender and race, again, designed to be more inclusive of people of different colours. While this has led to more representation on the emoji keyboard, it has also made it bloated and hard to navigate at times.

Google is still championing the cause of inclusion, with the newest set of emoji being gender-neutral, in as many a ways as possible.” There’s no singular way of getting it right,” admits Google designer Jennifer Daniel to Fast Company. “Gender is complicated. It is an impossible task to communicate gender in a single image. It’s a construct. It lives dynamically on a spectrum. I personally don’t believe there is one visual design solution at all, but I do believe to avoid it is the wrong approach here. We can’t avoid race, gender, any other number of things in culture and class. You have to stare it in the face in order to understand it. That’s what we’re trying to do–to [find] the signifiers that make something feel either male or female, or both male and female.”

For now, the new emoji are exclusive to Google smartphones and if you were to send them to a user who is not using a Google-made phone, the emojis would be assigned a gender. Google hopes that these emojis would become universal with time, but for now, inclusivity still remains a work in progress.