Global release of OxygenOS 5.0 update for OnePlus 5 shelved due to bug

The company has discontinued rolling out the OxygenOS 5.0 update globally and will soon be partially releasing the Oxygen 5.0.1 update. 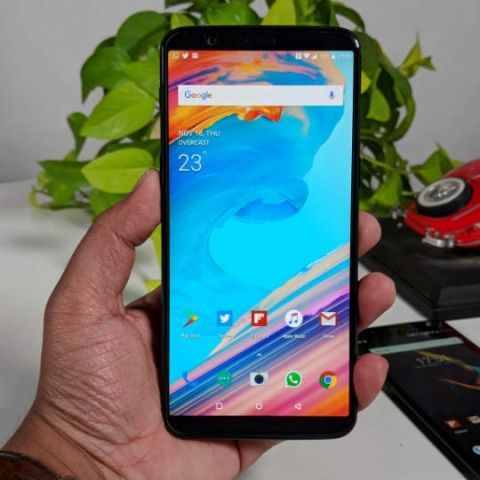 OnePlus has scrapped the global roll-out of its OxygenOS 5.0 update for the OnePlus 5 smartphone. The company cited a major bug in the update as the cause and said that they are preparing for partially releasing Oxygen 5.0.1 soon. The news was updated on the original blog post where OxygenOS 5.0 was announced, however, it was not stated what the bug was or how it affected the device.

The cancelled OxygenOS 5.0 was the stable Oreo update for the OnePlus 5 after two open beta releases. It started rolling out last month and updated the smartphone with the Face Unlock feature, which was introduced on the OnePlus 5T.

Apart from the newer OnePlus smartphones, the older OnePlus 3 and 3T could also be updated with the face unlock feature. When the feature was announced for OnePlus 5, the company's co-founder Carl Pei hinted at the possibility of bringing the new feature to the OnePlus 3/3T smartphones.

Both the Oneplus 3 and 3T devices have already been updated to Android Oreo, which was announced as the final major update for the smartphones. It updates the devices with new features like improvements to the OnePlus launcher with new notification dots, new app folder design and also brings Oreo’s core features such as support for Picture-in-Picture (PiP), Parallel Apps, new quick settings designs and more.