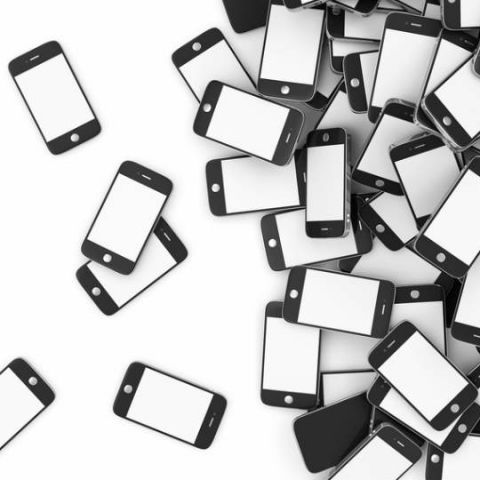 For the first time since its inception in 2014, Gartner has recorded a decline in the quarter-wise number for smartphones sold to end-users globally. The market research firm has revealed in its latest report that in Q4 2017, global smartphone sales to end-users stood at 408 million unit, down from 432 million units that were sold in Q4 2016. A total of 1.536 billion smartphones were sold through the year, up from 1.495 billion in 2016, thus registering an overall increase of 2.7 percent.

In terms of company-wise performance, only Huawei and Xiaomi registered increases in sales numbers between Q4 2016 and Q4 2017. Samsung, meanwhile, posted the highest number of units sold in Q4 2017 by one company, while Apple had recorded highest sales in 2016. For the entirety of 2017, Samsung sold 321.2 million smartphones globally, while Apple sold 214.9 million. The success of Samsung's flagship devices - Galaxy S8 and S8 Plus are being attributed to Samsung's increase in market share and volume, while the disappointing sales figures of the iPhone X led to Apple failing to make up ground on Samsung, which also held the top spot in 2016.

As for the decline in smartphone sales figures in Q4 2017 against Q4 2016, Gartner research director Anshul Gupta stated that the key factor for this can be attributed to the lack of compelling options in the budget segment of smartphones, and the overall longevity of flagship devices that is leading to a longer overall life of these devices. Because of these factors, more individuals are choosing to stick to devices that have already been bought, which has translated to lesser quarter-on-quarter figures for smartphones sold.

In terms of mobile OS, iOS reduced its market share from 14.4 percent to 14 percent, while Android increased from 84.8 percent to 85.9 percent. While the smartphone sales figures have increased for the very first time, it may soon become a recurrent incidence going into the future, as the number of first-time buyers of smartphones decrease gradually.