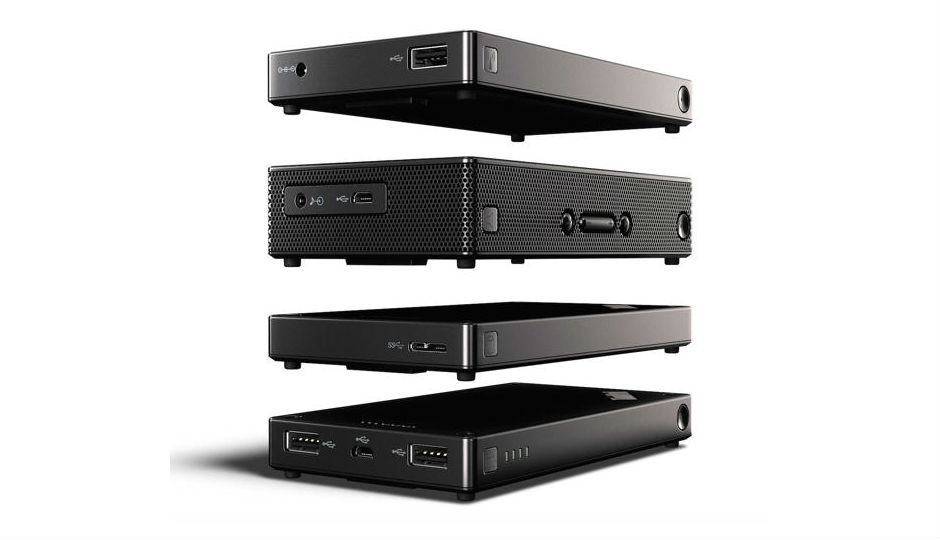 Remember how the Power Rangers used to assemble all their Zords together to create the Megazord? Well, Lenovo’s doing something like that for your laptop. No, it’s not a robot. It’s called the Thinkpad Stack and Lenovo unveiling the device(s) at CES 2015. The Thinkpad Stack consists of a stack of accessories, namely, a Bluetooth speaker, a 10,000 mAh power bank, a 1TB hard drive and a 4G portable hotspot and is targeted at technology friendly travellers.

The Thinkpad Stack becomes a one stop shop for all the tools you need for your gadgets when on the move. The hotspot uses your phone’s data connection to provide Internet to your laptop, while the Powerbank, speakers and hard drive are self explanatory. The Thinkpad Stack though comes at a pretty heavy price. While the Bluetooth speaker and power bank cost $90 (Rs. 5,400 approx.) and $50 (Rs. 3,000 approx.) respectively, the hard drive and hotspot come at a hefty $200 (Rs. 12,000 approx.) each, making the total cost a whopping $540 (Rs. 33,000 approx.). All of these devices will also be sold separately.

The Thinkpad Stack was also accompanied by eight new laptops in the company’s Thinkpad series. The new lineup, lead by the Thinkpad X1 Carbon, are all ultrabooks running on Windows 8.1. The X1 Carbon is one of the lightest 14 inch laptops and has been developed to commemorate the fact that over a 100 million Thinkpads have been sold over 22 years.

The X1 boasts FHD or WQHD (Wide-QHD) display options along with 256 or 512 GB SSDs and 4G LTE connectivity options. It is powered by Intel’s Core i5 processor.

Other devices unveiled in the lineup include the additions to the company’s Thinkpad L, W and T series, which will all be available internationally from February onwards.