However, the pre-orders for the CAT S60 are only applicable in Europe, with other territories to follow 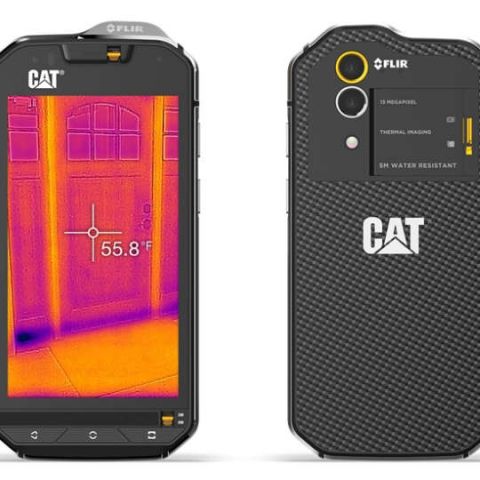 The world's first smartphone with a thermal imaging camera, the CAT S60, will be up for pre-order in June. However, according to the company’s statement, the phone will only be available for pre-order in Europe, with other territories to follow. The phone was unveiled at MWC this year and is priced at $599, which is about Rs. 40,200. The highlight of the phone is obviously the thermal camera that is powered by technology by FLIR. The camera can be used to capture thermal images, videos, panoramas or time lapses. It is also capable of detecting heat sources from up to a 100 feet away through obscurants such as smoke. The smartphone is aimed towards people such as, building professionals, utility workers, emergency first responders, and so forth. However, anyone is free to purchase the device.

Further, the CAT S60 is waterproof up to five meters and drop-proof by up to 1.8 meters. Besides the thermal camera, the phone also features a 13MP cameras at the back, and a 5MP front camera. Other specifications of the phone include a 4.7-inch HD display with Gorilla Glass 4. It is powered by a Qualcomm Snapdragon 617 SoC with 3GB of RAM and offers 32GB of storage. The phone also supports 4G LTE, and runs Android Marshmallow. CAT also announced that they will be making an SDK available to developers from June. The SDK should help third-party developers create apps that make use of the S60s thermal camera.