BlackBerry KEY2 to launch on June 7, will have dual cameras 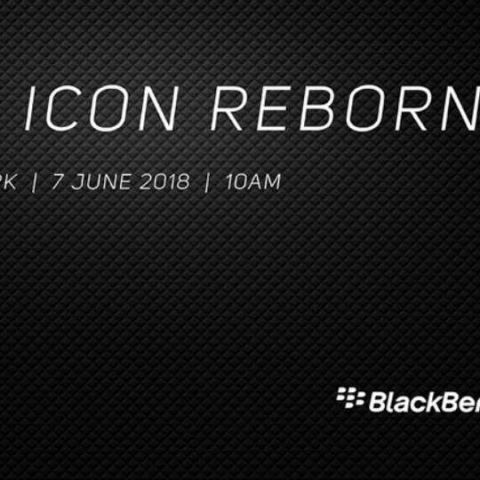 BlackBerry has released a teaser of the upcoming KEY2, showing off a dual camera setup, textured back and a new button on the keyboard

Blackberry has released a teaser video for its upcoming smartphone, the BlackBerry KEY2. The phone is to be unveiled on June 7, 2018, at an event in New York, but until then, we have the teaser video that gives us glimpses of what to expect from the phone.

What we learn from the video is that there will be a dual camera assembly at the back, a first for BlackBerry. The video shows the dual camera assembly and it appears that both the lenses have similarly sized apertures, meaning that it is possible BlackBerry would use the RGB+Monochrome type configuration instead of the Wide+Telephoto configuration. We’ll know more on this for sure on June 7. The back also has a visibly textured finish which should make the phone easy to grip.

The video further shows a full-size keyboard which seamlessly blends into the display on top. There doesn’t seem to be any capacitive buttons on the phone, so it is possible that the 16:9 display will only have on-screen navigation. An in-display fingerprint scanner here is very unlikely, but if indeed present, would be a big talk-point for BlackBerry. The keyboard has a new button with a 3x3 grid of dots. The video does emphasize this bit a little, meaning that BlackBerry may have something new to talk about when it comes to the keyboard. Traditionally, a 3x3 grid is synonymous with photography’s rule of thirds, so it could be speculated that this may be a photography-specific button. Maybe a single press of the key would bring up the App drawer while a long-press might perform another BlackBerry-specific function.

The BlackBerry KEY2 was earlier spotted on TENAA with the codename Athena, although the listing only had front and back renders of the phone. The listing did not shed light on any hardware specifics, except for the fact that the registered device was a dual-sim smartphone. The original BlackBerry KEYOne had a physical keyboard and a 4.5-inch display with an aspect ratio of 3:2, which made it less than ideal for content consumption. Hopefully, with the KEY2, Blackberry would have found a workaround this one problem.

The BlackBerry KEY2 is now set for a June 7 unveiling at an event in New York City.