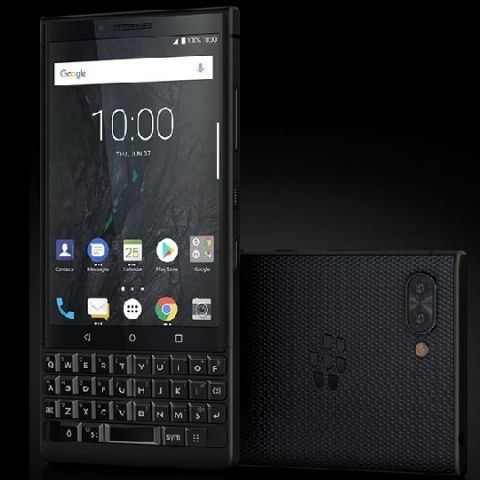 BlackBerry is scheduled to unveil its new Key2 smartphone today, and it seems like we might already have all the details about what the phone has to offer. Noted tipster, Evan Blass, aka @evleaks has tweeted an image allegedly showing the full set of specifications of the Key2. Blass has also tweeted a possible price of the phone, which is $649 (approx Rs 43,500). It should be noted that this is $100 more than the launch price of the KEYone.

According to Blass’ tweet, the BlackBerry Key2, will feature a 4.5-inch display with a resolution of 1620 x 1080 pixels. It is tipped to be powered by a Qualcomm Snapdragon 660 SoC with 6GB of RAM. The Key2 is expected to offer either 64GB or 128GB of inbuilt storage, which can be further expanded by up to 256GB via a microSD card. At the back, the device is tipped to offer a dual-rear camera setup with two 12MP units, while at the front is an 8MP camera. The phone is expected to run Android Oreo 8.1, and pack a 3500mAh battery. Like its predecessor, the BlackBerry Key2 will most likely pack a physical QWERTY keyboard. 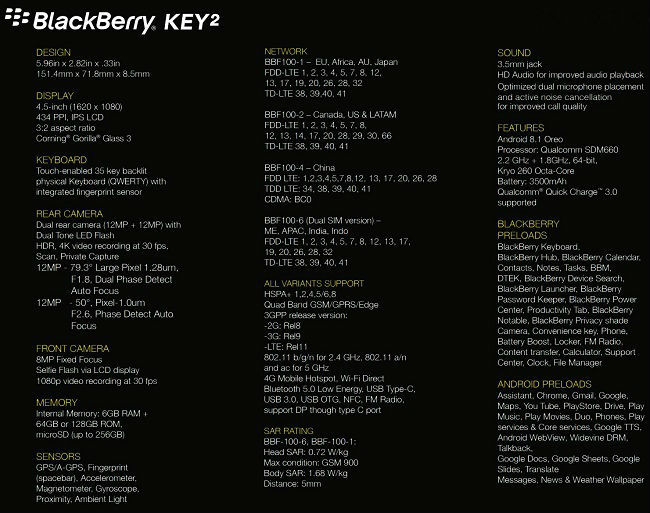 It is not yet known if or when the BlackBerry Key2 will launch in India. However, the company is expected to launch two new devices in India this quarter and its possible that one of those devices will be the Key2. The second device might be the BlackBerry Ghost, which was leaked earlier this year. Unlike the Key2, the phone is expected to be all screen, with no physical keyboard. It is also expected to sport a near bezel-less design with an 18:9 aspect ratio. It was noted that the phone would be manufactured by Optiemus Infracom. To recall, BlackBerry had signed a brand licensing deal with the company to design, manufacture and sell BlackBerry Android phones in India, Sri lanka, Nepal and Bangladesh. For other markets, BlackBerry has  signed a similar deal with TCL.