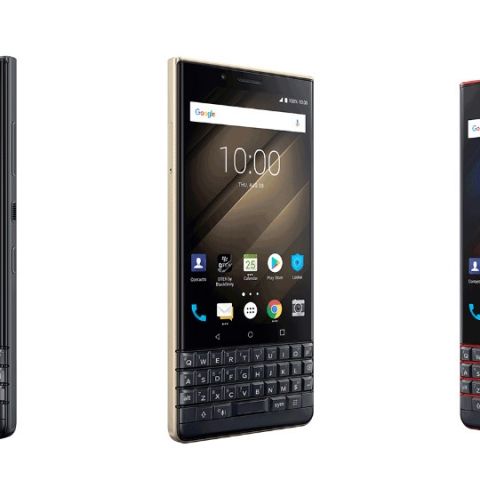 Blackberry is ensuring there’s one phone with the company’s branding for most price points, to give users the flexibility. On Monday, Blackberry announced the Key 2 LE (Light Edition), the lighter version of the physical keyboard-touting Blackberry Key2, for India for Rs 29,990. The phone was announced back in September at IFA conference in Berlin. The BlackBerry KEY2 LE borrows a lot of things from the more expensive Blackberry Key2 (review). The phone is designed by TCL and manufactured in India by Optiemus Infracom, under the license agreement with Blackberry. In this case, the LE stands for ‘Light Edition’.

As the name suggests, the BlackBerry KEY2 LE is powered by a mid-range Qualcomm Snapdragon 636 SoC coupled with 4GB RAM and 64GB storage. There’s a 32GB storage variant as well, but that’s not launching in India. There is also an option to expand storage upto 256GB via a microSD card slot. This makes the BlackBerry KEY2 LE that most expensive smartphone running the mid-range chipset. The premium you’ll be paying will be for the robust suite of security features the Key2 LE comes loaded with. It has the DTEK security app that offers real-time screening of security features. There’s a secure enclave in the hardware that encrypts everything stored in the phone. Further, the phone comes with a myriad of productivity-enhancing features like the Blackberry Hub that offers a one-stop shop for all communication. Finally, the physcial keyboard doubles up as a hub for shortcut keys as all the 26 alphabets can be programmed to launch various apps and actions.

The design of the phone is also quite similar to the Blackberry Key2. It has a similar QWERTY keyboard, but the keys are slightly smaller than the Key2. The display is the similar  4.5-inch IPS LCD panel of fullHD resolution while the back has the same rubberised texture. On the back is a 13+5MP dual camera with the secondary sensor acting as a depth sensor. On the front is a 8MP sensor for selfies. The camera also has Google Lens integrated and can generated bokeh-laded portrait shots.

The BlackBerry KEY2 LE will go on sale on Amazon India from October 12 and will be available in a space blue colour variant. Customers can also turn on Amazon’s ‘Notify Me’ option which will inform when the phone will go on sale.