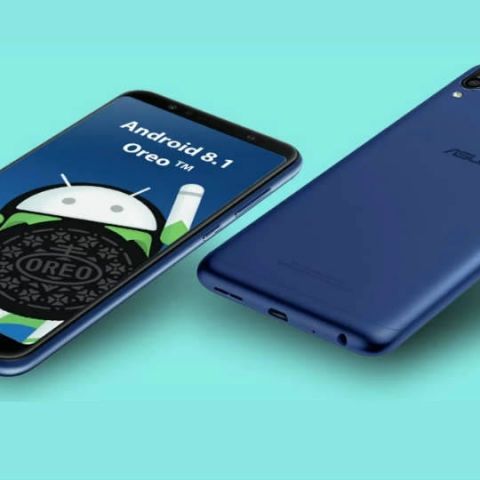 The new update is being rolled out in stages and should soon be available for all Asus Zenfone Max Pro M1 users.

Asus is now rolling out the latest firmware update for its Zenfone Max Pro M1 smartphone. The new patch - OPM1.WW_Phone-15.2016.1901.339-20190108 - updates the device’s Android security patch to January 2019 and also optimises system stability. Asus says that the OTA update is being rolled out in stages so, it could take some time before it is made available for every handset. While there is no detailed information on what system level optimisations the patch implements on the Max Pro M1, the January security patch mitigates some framework, system, kernel and Qualcomm components vulnerabilities. One can head over to their phone’s System Update option in Settings to manually check for the update.

The Asus Zenfone Max Pro M1 runs on the Qualcomm Snapdragon 660 processor, which is clocked at 1.8GHz. It sports a 5.99-inch full HD+ display that offers a resolution of 1080 x 2160 pixels. It comes in three storage models -  3GB/32GB, 4GB/64GB and 6GB/128GB. The internal storage of the device can also be expanded up to 2TB via microSD card. In terms of optics, the 3GB and 4GB variants of the phone come equipped with a dual 13MP + 5MP camera set up at the back along with an 8MP camera on the front. The 6GB version of the device has a 16MP + 5MP camera setup on the rear, with a 16MP sensor on the front. The handset is backed by a 5000mAh battery. The Asus ZenFone Max Pro M1 recently received a price cut in India and is now starting at Rs 9,999 for the base variant with 3GB RAM and 32GB storage. Its 4GB RAM variant is priced at Rs 11,999, while the 6GB RAM model costs Rs 13,999.

Speaking of software updates, the Asus ROG phone could soon be updated with Android Pie OS. It was recently spotted on Geekbench running on Android 9 Pie but the exact date of when the update would be rolled out is not yet known. The smartphone was first announced at Computex last year, and was launched in India, in late November.