10 tech companies including Apple, Samsung, Vivo, HP, Motorola and others have products and devices worth Rs 5,000 crore stuck at customs as their import permits have been suspended by the Indian government. The companies are reportedly in a tough spot wi 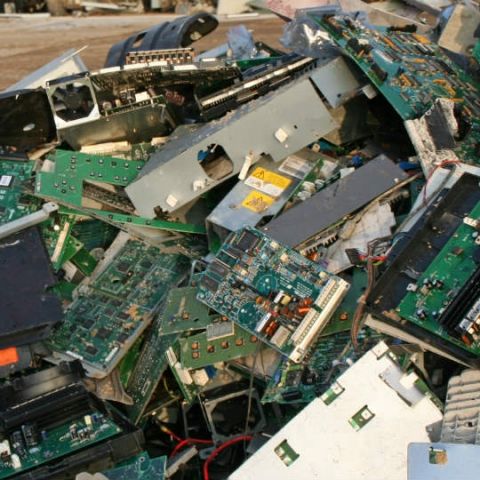 E-waste is a big problem in India and the country is the fourth largest electronic waste producer in the world, with over 2 million metric tonnes of digital junk generated each year. To fight the situation, India had implemented e-waste (Management and Handling) Rules in 2011. Another amendment was made to these e-waste rules in 2016 based on the concept of Extended Producer Responsibility (EPR). In the rules, EPR is defined as “responsibility of any producer of electrical or electronic equipment, for channelisation of e-waste to ensure environmentally sound management of such waste.” The concept essentially propagates adding the environmental costs of electronics to their market price. This way, the producer of the electronic item is responsible for its entire lifecycle and end-of-life disposal. Once these rules were implemented, companies were made responsible for creating channels for proper collection and disposal of e-waste in accordance with a Central Pollution Control Board (CPCB) approved EPR Authorisation plan.

Now, 10 tech companies like Apple, Samsung, Vivo, HP, Motorola and others have reportedly had their import licenses suspended in India for not complying with EPR rules. ET reports that finished devices and raw material worth Rs 5,000 crore are stuck at customs because the companies violated EPR guidelines. The import permits were suspended on April 4 and the tech companies are said to be in talks with the Evironmental Ministry to resolve the issue.

Meanwhile, the Environment Ministry is also said to be in talks with the CPCB to understand how these compliance issues can be solved. However, the tech companies reportedly claim that the suspension of their import permits was unwarranted and that they exceeded collection targets for e-waste. According to the tech producers, the compliance issues are minor and do not deserve a suspension of imports. The Environment Ministry begs to differ.

“These companies have made representations to us and they have accepted that compliance is an issue,” CK Mishra, secretary, ministry of environment, forests and climate change, told ET. In one case, Kerala State Pollution Control Board officers found that employees of a collection centre for an unnamed tech company were not even aware that their location was designated as a collection centres despite compliance plans submitted to the CPCB by the company.

Apple, Samsung, and other tech companies have not responded to the matter.

Also Read: Declutter your digital life: Here's how you can get rid of e-waste piling up in your homes