Apple, Samsung may once again be working together on 7nm chipsets for 2018 iPhones

Apple was earlier working exclusively with TSMC on the A10 and A11 chipsets, but Samsung officials reportedly convinced the company that it would be more profitable to get chips and displays from the same manufacturer. 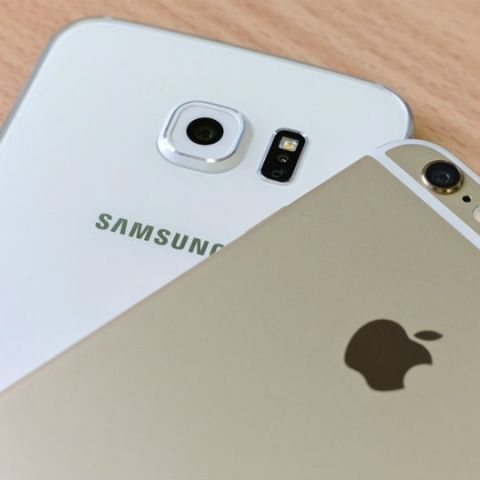 According to the report, Samsung has recently purchased extreme ultraviolet lithography machines exclusively to manufacture 7nm based chips for the 2018 iPhones. It was also noted that Kwon Oh-hyun, one of Samsung’s three co-CEOs, who oversees chips and other parts of the business, played a crucial role in securing the deal. Apple may be planning to switch to OLED displays for its iPhones next year, and Samsung officials convinced their Apple counterparts that it would be more profitable for the company to get chips and displays from the same manufacturer.

It should be noted that while Apple may have opted to go with Samsung for manufacturing of its 7nm chips, Qualcomm may have chosen TSMC instead. Last month, it was reported that Qualcomm has been designing and developing its next generation chipsets via a chip development tool distributed by TSMC since the second half of 2016. The report also notes that Qualcomm is planning to mass produce 7nm chipsets between the end of this year, and early next year. It was noted that the reason for this move was that Samsung’s work on the 7nm chipsets was delayed, while TSMC had skipped work over the 10nm process and directly started work on the 7nm process.