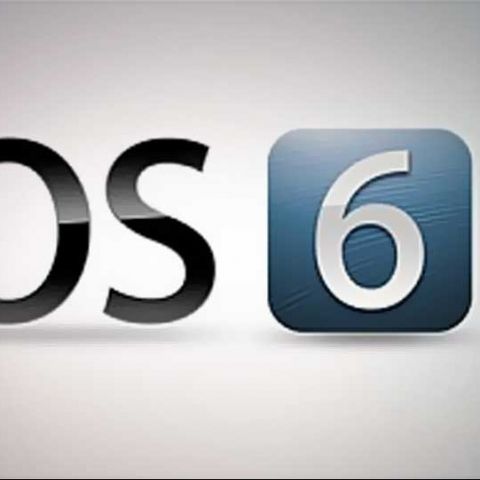 Apple has seeded the final version of iOS 6.1, which has gone through 5 beta builds over the last few months. iOS 6.1 is available for most of the iOS device portfolio, including the iPhone 3GS and 4th gen-iPod touch.

iOS 6.1 brings LTE compatibility for 36 new carriers worldwide for the iPhone and 23 additional iPad carriers. Though it is not mentioned in the rather slim changelog, we are hoping fixes for the Wi-Fi and battery issue that have been plaguing iOS 6 are included. Additional updates in iOS 6.1 include the ability to use Siri to purchase movie tickets in the US through Fandango, and iTunes Match subscribers can download individual songs to their iOS devices from iCloud.

The big highlight to follow the release of iOS 6.1 comes for all the fans of jailbreaking. Minutes after the official firmware was made available for download, the Jailbreak DreamTeam announced that the firmware could be jailbroken immediately on all Pre-A5 devices (iPhone 4 and older) using the existing methods. The downside, besides the device limitation, was the fact that the Jailbreak would be tethered, meaning that every time you reboot the phone, you would have to do it through Redsn0w in order to get the Jailbreak working. A regular reboot would not only make the Jailbreak apps to stop working, but also cause the stock iOS apps to misbehave.

Better news followed suit an hour from release, where MuscleNerd, the helms-man of the Jailbreak scene reported that the untether jailbreak solution for iOS 6.1 was on the verge of being ready for release and has hinted that this Sunday might be the day that most of us can stop waiting. The best news however happens to be the fact that the jailbreak, for the first time, will support every single device running iOS 6.1, a feat that has previously been unachievable. All previous jailbreak solutions have been limited in their scope with respect to devices they could work on, so having achieved a “one Jailbreak to pwn them all,” is definitely a huge achievement for the JB community.

iOS 6.1 has been seeded by Apple servers globally to all users and if you’re eager to update, all you have to do is plug in your phone to your computer and hit the update button on iTunes. If you’re wanting to update and then proceed to jailbreak, do refrain from getting the update over-the-air.