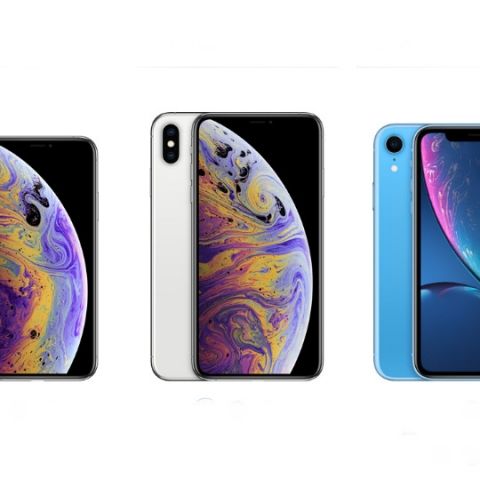 The listing suggests that the iPhone Xs Max and the iPhone XR pack 4GB and 3GB RAM respectively.

Apple announced its new 2018 lineup of iPhones at its Special Event on September 12. Most specifications of the new iPhone XR, iPhone Xs and the iPhone Xs Max were shared during the presentation but the company did leave out some details like the RAM configuration and battery capacity of the phones. However, the new devices have been spotted on Geekbench’s benchmarking listing with the new A12 Bionic SoC, revealing the scores of the three smartphones along with the amount of RAM they might ship with. As per the listing, first spotted by LetsGoDigital, the cheapest of the three phones, the iPhone XR is listed as the iPhone 11,8 and it sports 3GB RAM. It scores 4,754 in single-core and 9,367 in multi-core tests. 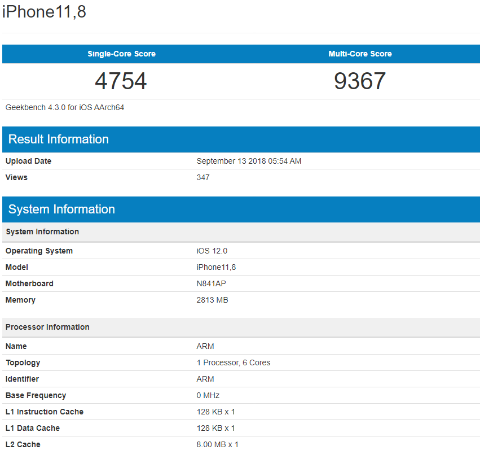 There is also an iPhone 11,6, which is speculated to be the iPhone Xs Max, however, it might as well be the iPhone Xs. At the time of writing this article, we checked and found that the device has been benchmarked quite a few times, eight-times to be exact. The RAM is same at 4GB in every listing but the single and multi-core tests are pretty much consistent at around 4800 and 11300 respectively. 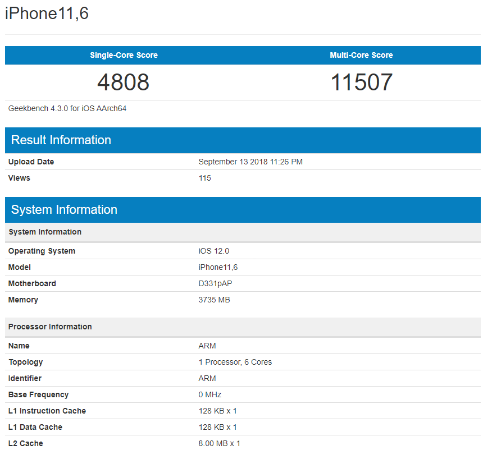 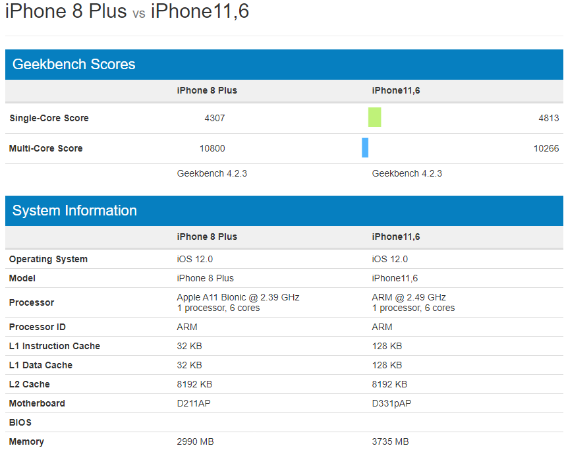 You can click here to learn more about the pricing of the smartphones. Read our spec comparison of the three new iPhones here and the roundup of what Apple announced at its event here.