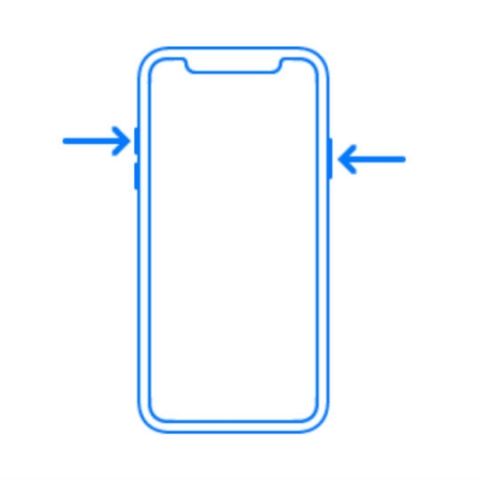 Apple is all set to announce its 2017 iPhone lineup at the company's Apple Park campus tomorrow. At Steve Jobs Theater, Apple is likely to showcase three new iPhones - a redesigned iPhone with an OLED display and two iterative iPhone updates. While details of the devices have leaked multiple times in the past, the names of these upcoming devices have been a mystery.

The leaked firmware spotted by developer Steven Troughton Smith and detailed by 9to5Mac also reveals additional features of the iPhone X. The firmware indicates that iOS 11 will bring a new set of wallpapers to support the additional screen real-estate on the iPhone X. The OLED iPhone will sport a True Tone display similar to the iPad Pro and might have a resolution of 1125 x 2436 pixels.

Furthermore, the firmware hints at the rear camera getting a new Portrait Lighting feature that will act as an enhancement to the existing portrait mode. The feature is expected to launch in beta and support Contour Light, Natural Light, Stage Light, Stage Light Mono, and Studio Light. It also reveals that the next generation iPhone will support a new resolution and speed for video recording.

The most interesting feature on the iPhone X is expected to be the new facial recognition technology. The firmware notes that the feature will debut as Face ID and will serve as the official replacement to Touch ID. WSJ had reported that Apple tried to embed the fingerprint under the display but the lack of technology has led to a delay of the product.

There is also a reference to Apple debuting a new set of animated emojis called Animoji that will use facial tracking and user's voice to create expressive animated messages. 9to5Mac notes that animated emoji will include a smiling pile of poop.

Just to clarify on the A11: it's two high-power Monsoon cores and four low-power Mistral cores, all independently addressable. No Fusion

The firmware has been a treasure trove for developers digging to find details about the upcoming iPhones. According to Steven Troughton Smith, the iPhone 8 will feature 2GB RAM while iPhone 8 Plus and iPhone X will offer 3GB RAM. He also reveals that the iPhone X will use a new Hexacore A11 SoC with two high-power monsoon cores and four low-power Mistral cores. The A11 SoC will be based on TSMC's new 10nm FinFET architecture and won't be a fusion chipset.

The leaked details confirm that the iPhone 8, iPhone 8 Plus and iPhone X will be Apple's most powerful iPhones yet. All the three models are expected to support wireless charging with iPhone X having a premium pricing of around $1,000.  The leaked firmware has also detailed a new LTE Apple Watch with a red digital crown and a signal meter, hinting at wireless connectivity. Bloomberg previously reported that Apple Watch Series 3 will share the same number as that of user's iPhone and carriers will offer special plans for the Watch. The iOS 11 firmware also has references to the refreshed version of AirPods with the charging indicator relocated to the front of the case.

Apple iPhone X name is expected to resonate with the tenth anniversary of iPhone. The iPhone X is definitely one of the most anticipated smartphones of this year and the new leaks indicate that it will have a lot of new technology enhancements over existing iPhones. However, with most details having leaked, Apple's secrecy around its products is being questioned and it remains to be seen how Apple maintains the excitement around the device at tomorrow's launch event.