According to a Japanese news blog, Apple will also start shipping an 18W adaptor with the iPhones for faster charging. 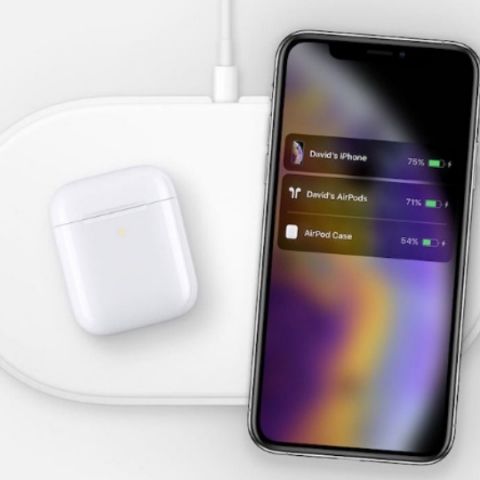 It seems that Apple is planning for an overhaul in the charging department of the iPhones. In back-to-back charging-related report and leak, Apple has been stated to introduce upgrades in the wireless charging space as well as in the fast charging tech. It is now reported that the Cupertino-based giant will introduce the reverse wireless charging capabilities into the next iPhones and will also bundle an 18W adaptor for fast wired charging. The news comes at a time when fresh images of AirPower mat are making rounds on the internet.

Citing Chinese supplier sources, Japanese tech news platform Macotakara claimed that the next iPhone, which could be called the iPhone XI, will feature a reverse wireless feature called PowerShare. This feature allows a smartphone to wirelessly charge other devices that support the wireless charging tech. Currently, Huawei Mate 20 Pro and recently-launched Galaxy S10 series of phones have this technology.

Macotakara says that the new AirPods Wireless Charging Case may also be compatible with the wireless charging feature on the iPhone XI. This development could also be a hint that the next iPhone may also have considerably bigger batteries than the current generation of iPhones to share juice with an Apple Watch and/or AirPods case. In fact, famous analyst Ming-Chi Kuo had already predicted the inclusion of the feature in this year’s iPhone lineup.

Further, the tech platform also reported that the upcoming generation of iPhones will be bundled with a new charging cable, but it wont switch to the USB-C the charging port. It said that Apple will also bundle an 18W USB adaptor which ships with the iPad Pro. Users can also buy the adaptor separately for a $50.

Meanwhile, an image of Apple’s highly-anticipated AirPower mat with iPhone XS appeared within source code on company’s website in Australia. This development hints that Apple will release the device at some point soon. A similar image was also spotted (later removed) from the AirPods page after the wireless AirPods charging case was announced. The image showed an iPhone XS with wireless AirPods charging case on the AirPower mat.