Apple and Samsung battle it out for Indian market dominance

As the Apple vs. Samsung war heats up, the Indian consumer enjoys the fruits of the spoils. 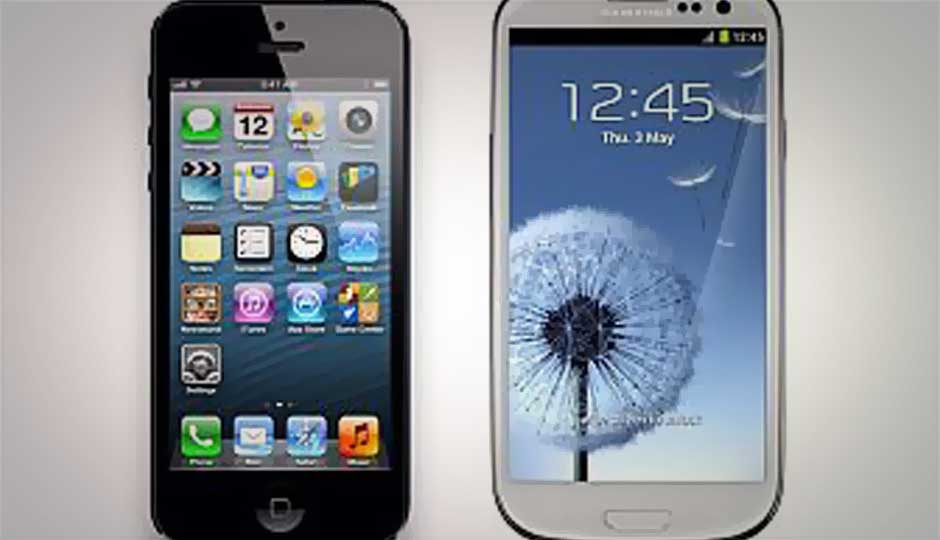 Apple and Samsung battle it out for Indian market dominance

Apple and Samsung have been going at each other’s throats for as long as the smartphone has existed, but the war just got a notch hotter, with the consumer, for once, being the one benefiting. Both Apple and Samsung have shifting their focus to the Indian market, trying to entice the second largest population in the world, which holds the potential to boost either of the manufacturers into the world leader position.

It first started with Apple offering their phones on EMIs to consumers, followed by the company allowing Indian customers to trade in any of their smartphones for a minimum Rs. 7,000 off on a brand new iPhone 4. This was in the very beginning of April, following which Samsung hit back with a 15% cashback on their Galaxy phones like the Galaxy S III, Galaxy Note II the Galaxy Grand and even the Galaxy Tab. The icing on the cake happens to be the fact that the discount stands alongside Samsung’s offer of allowing consumers to pick up any of these devices on a 12-month 0% interest EMI, bringing the monthly expense further down.

This is a result of the fact that a large chunk of the Indian population still continues to use either basic or low-end smartphones, so there are a lot of potential customers for either of the companies. Apple especially had faced a tough time cracking the Indian market due to the lack of Apple Stores and the fact that their devices carry a high initial cost of ownership. The cheapest model of the iPhone 5 starts at around Rs. 45,000, which can be a lot of money to fork out in one go. To counter this, Apple started selling their phones on EMI options directly through certified retailers, which drove the sale figured up really fast, giving them not only a much higher market share, but also tripling profits.

While it is good to see the two companies offer discounts and EMIs, many believe that this is a move to clear out old stocks and make place for the newer devices that are yet to be launched later this year. Samsung has the Galaxy S IV coming out soon, so it would make sense to offer a discount on the S III to move as many units as possible. Same goes for the iPhone 4, which is now a three year old product. No surprise Apple’s trying to get rid of as much stock as possible before they ring in the iPhone 5S (or iPhone 6) later this year. The bottom-line still remains that no matter what the reasoning, the consumer is benefiting. About time too!