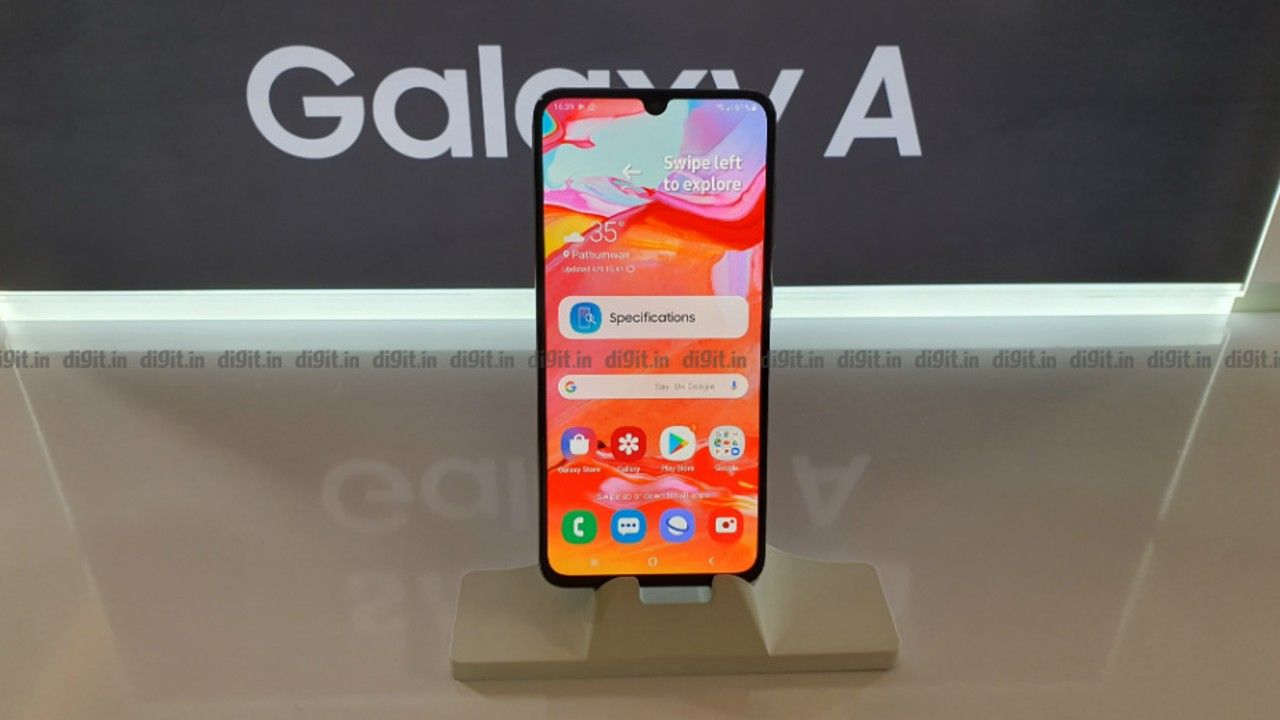 Samsung has started rolling out the Android 10 update to the Galaxy A70. The handset was launched in April last year. The latest update brings One UI 2.0. According to XDA-Developers, the update has started rolling out for the users in Ukraine. It is 2GB in size. The  Galaxy A70 Android 10 update carries version number A705FNXXU5BTB9 and also packs the February 2020 security patches.

The Galaxy A70 features a 6.7-inch FHD+ Super AMOLED Infinity-U display. The display has a U-shaped notch on top and houses an ultrasonic fingerprint sensor within. It is powered by the Snapdragon 675 platform and in India. The handset comes with 6GB RAM and 128GB of internal storage that is expandable up to 512GB.

On the optics front, the handset sports a 32MP lens with an f/1.7 aperture, along with an 8MP ultra-wide-angle lens with a 123-degree field of view, and a 5MP depth sensor. On the front lies a 32MP selfie shooter.

The Galaxy A70 packs a 4500mAh battery that supports 25W Super-Fast Charging technology and a USB Type- C port.