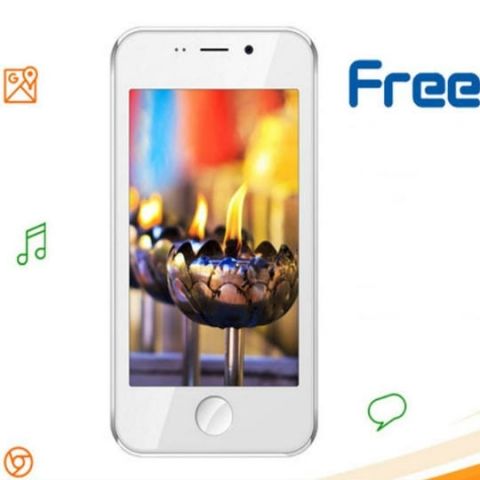 The Freedom 251 smartphone was revealed to be a phone, called the Adcom Ikon 4, which has prompted response from Adcom.

Advantage Computers (Adcom), the company whose smartphone was used as a samples by Noida-based Ringing Bells, is reportedly planning to sue the startup. Sanjeev Bhatia, Founder and Chairman, Adcom, has said that the company is “deeply grieved” by the fact that its mobile phone has been presented to the masses for Rs. 251, and hence, Adcom “would not hesitate from taking any legal actions” against Ringing Bells, if the case impacts Adcom’s brand name or if it suffers losses because of this.

Further, Bhatia said that Adcom hasn’t been decipher how Ringing Bells is selling its phone at Rs. 251, when the company bought the phone from Adcom at Rs. 3600 per unit. “Yes, it is true that although we sold the handsets to Ringing Bells earlier, like we sell Adcom mobiles to lakhs of users, we were absolutely unaware of the reselling plans of the company in question,” said Bhatia.

Ashok Chadha, from Ringing Bells, reacted to this in a statement, saying, “On Adcom’s role, we would like to clarify that they provided some prototypes for the sample ‘Freedom 251’ handed over to some special guests, including media, for initial impression about the way the phone would look and behave in future. We have other partners for assembly of our phones. We are happy to share their names on special requests.”

Further, Chadha said that the company’s sudden rise shouldn’t be “miscontrued” as a “fly-by-night operation”, and reiterated that Ringing Bells has already instructed its payment gateways to refund online payments and will be following a cash on delivery model from now. The company hopes to begin deliveries of the Freedom 251 around the end of April, said Chadha.