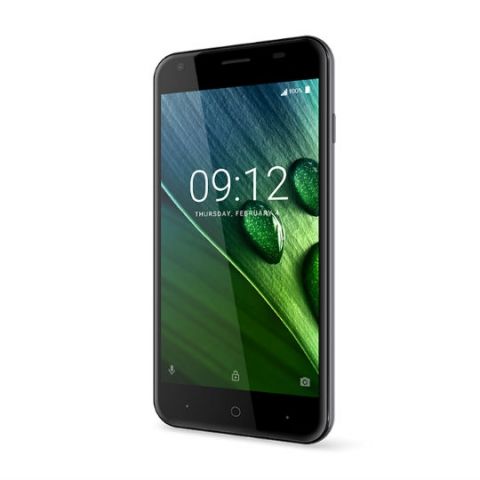 Acer has unveiled two new smartphones and a tablet at IFA 2016. The two phones are called the Liquid Z6 and Liquid Z6 Plus, while the Iconia Talk S is a tablet. All three devices run Android Marshmallow v6.0.

The Acer Liquid Z6 sports a 5-inch display with 2.5D curved glass. It is powered by a quad-core MediaTek MT6737 SoC with 1GB of RAM. The device features 8MP and 2MP cameras and offers 8GB of onboard storage. The phone will be available in EMEA in November with prices starting at €119 (approx. Rs. 8,900)

The Acer Liquid Z6 Plus features a larger 5.5-inch FHD display and is powered by an octa-core MediaTek MT6753 SoC with 3GB of RAM. At the back is a 13MP primary camera, while at the front is a 5MP camera. The device is equipped with a large 4080mAh battery and offers 32GB of onboard storage. The phone also comes with a fingerprint sensor and a metal back cover. The device will be available in EMEA in December with prices starting at €249 (approx. Rs. 18,600)

The Acer Iconia Talk S is a 7-inch tablet with voice calling functionality. The device sports a HD display and is powered by a quad-core processor. The device also features a 13MP camera and comes with Microsoft Office Suite and Google Mobile Services pre-loaded. Further, the phone also comes with Acer’s Iconia suite of apps, which include EZ Snap, EZ WakeUp and EZ Utilities. The Iconia Talk S will be available in EMEA in September, with prices starting at €169 (approx. Rs. 12,600).