A deeper dive into the OnePlus 8 'deep dive'

OnePlus published a deep dive into the hardware of the upcoming OnePlus 8, which reveals that the devices will sport Qualcomm Snapdragon 865,LPDDR5 memory and UFS 3.0 storage 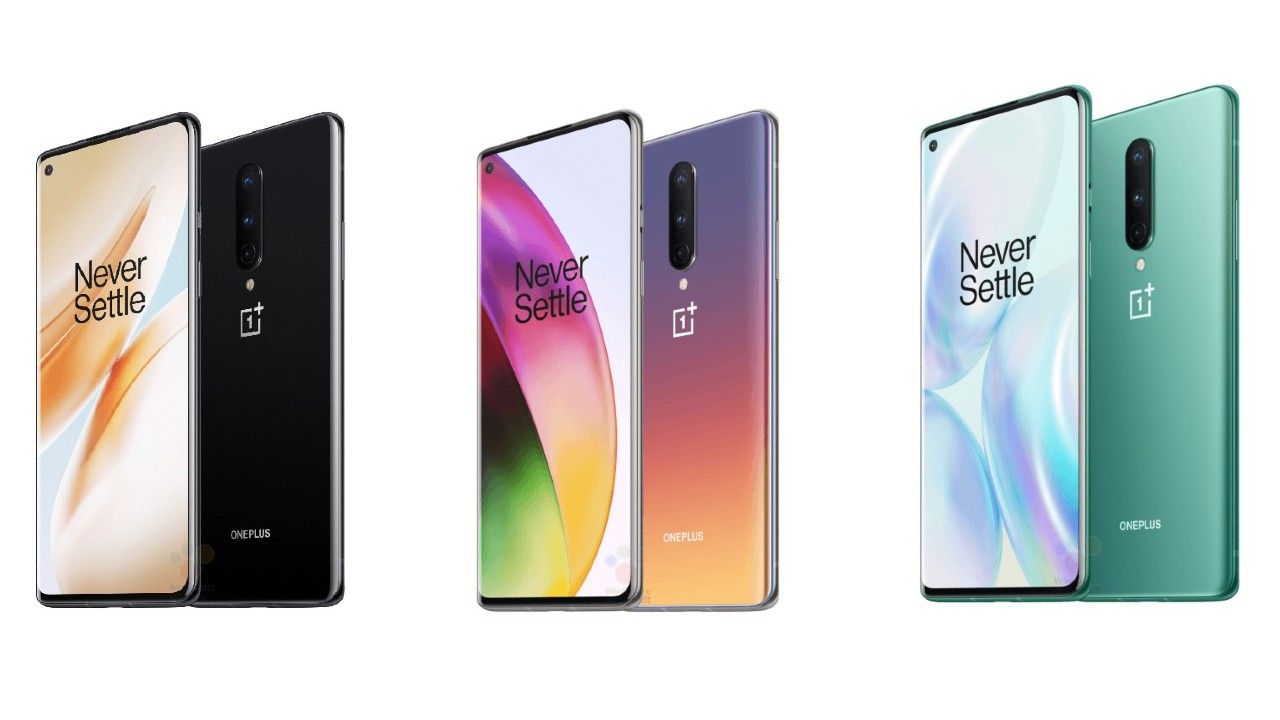 A deeper dive into the OnePlus 8 'deep dive'

Last night, as most of us fell asleep, OnePlus shot out an email, revealing some details about their upcoming OnePlus 8(₹ 39999 at amazon) series of smartphones. The email was titled “Deep dive into the hardware setup on upcoming OnePlus devices” and took the reader to the OnePlus Forums, where a post by company CEO Pete Lau shed light on the hardware users can expect in the company’s upcoming devices. In typical OnePlus-fashion, the post is mostly to create buzz, and reveals that the next lineup of smartphones from the company will sport Qualcomm Snapdragon 865, LPDDR5 memory and UFS 3.0 storage.

The forum post and email blast only reveal three components of the upcoming phones. OnePlus has confirmed that the OnePlus 8 series of devices will run on the Qualcomm Snapdragon 865 SoC, feature LPDDR5 memory and use UFS 3.0 storage. This falls in line with the fact that OnePlus has always been at the forefront of adopting the newest technologies, but this time, it's not the first for any of it.

The post expands on the performance chops of the Snapdragon 865, with the usual marketing number of 25 percent boost in CPU performance, 25 percent improvement in GPU rendering times and 25 percent better energy efficiency. The AI on the SD865 also happens to be almost twice as fast as its predecessor. We’ve seen these marketing numbers be shared by Qualcomm and all OEMs who have launched a smartphone with the Snapdragon 865 chipset such as the IQOO3 (Review) and the Realme X50 Pro (Camera Review). Unfortunately, in our testing of smartphones with the Qualcomm Snapdragon 865, while we do nmote higher benchamrk scores, we don't see the same level of gains in terms of real world performance in comparison to smartphones with the Snapdragon 855.

The second component reveal is the use of LPDDR5 RAM. Now, OnePlus may have announced that they’re going to be using it, but Samsung’s S20 series of smartphones along with the IQOO3 and Realme X50 Pro are already in the market with this type of memory module. LPDDR5 has the advantage of being significantly faster with transfer rates as high as 6400Mbps at bandwidth as high as 51.2GB/s. However, its real crowning achievement is the 45 percent reduction in power consumption.

The third component reveal is the use of UFS 3.0 storage, with the forum post claiming “dramatically raising read and write speeds to about 1,700MB/s.” However, it is not clear whether the 1700MB/s number refers to read speeds or write speeds. Impress by omission seems to be the ploy here given that according to JEDEC, the agency that governs the standard for solid-state storage, UFS 3.0 has a maximum read speed of 2100Mbps and a maximum write speed of 410Mbps. OnePlus forum post claims that OnePlus has “taken things a step further” by adding two new technologies to the mix – Turbo Write and Host Performance Booster. Both of these technologies were introduced to UFS storage by Jedec as part of an optional, companion standard.

The companion standard mandates an SLC (Single Level Cell) cache to be implemented on the storage system. Typically, a smartphone with UFS-type storage tends to use TLC or Triple Level Cell flash memory. In terms of read-write speeds, SLC is the fastest, followed by MLC (Multi-Level Cell) then TLC followed by QLC (Qual Level Cell). In the hierarchy of speed, the type of flash memory used by smartphones is the third slowest. So in order to speed it up, JEDEC has instituted the use of an SLC cache component. How this works is that when you start a copy operation, the data will be written to the SLC part of the storage, giving you those “super impressive fast write speed” but in the background, that data will then be passed off into the TLC-based non-volatile storage. If you try to copy data that is larger than the size of the TLC cache, you will see a dramatic drop in write speeds periodically as data is moved from the SLC partition to the TLC partition. This methodology is nothing new and has been the fundamental way in which SSDs have worked for years.

The second means by which OnePlus claims they’re improving read-write speeds is by implementing Host Performance Booster, again, not a feature developed by OnePlus, but instead by Jedec. According to Jedec, “Host Performance Booster (HPB) Extension provides an option to cache the UFS device logical-to-physical address map in the system’s DRAM. For UFS devices with a large density, using system DRAM provides larger and faster caching thereby improving the read performance of the device.”

In the days leading up to the launch of their device, OnePlus is known to release little tidbits of information so as to build hype around their devices, and no one does this better than OnePlus. Towards the end of the forum post, it says “We’ve also recently announced that the upcoming lineup would be 5G-enabled, allowing all of you to be among the first users in the world to enjoy the unprecedented speedy experience offered by the new generation of communications technology, leveraging the performance offered by the premium hardware and software combination of the OnePlus 8 series.” Firstly, 5G enabled smartphones have already been in the market for some time. Second, any smartphone using the Qualcomm Snapdragon 865 chipset automatically becomes 5G capable since Qualcomm's pursuit of profits has made it mandatory to purchase the X55 radio alongside the Snapdragon 865 chipset, even though they're two separate chips. OEMs don’t really get a choice in the matter, so might as well spin it as a “ generous move to give the best to the consumer.”

OnePlus has confirmed that they will be launching the OnePlus 8 series of devices in an online-only event on April 14, 8:30 P.M. India standard time.