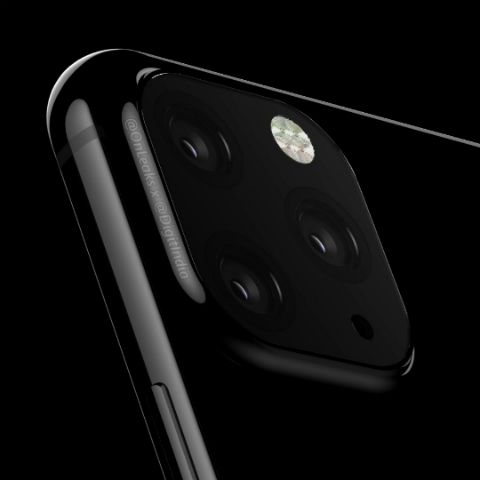 The phones are said to feature a 12MP sensor instead of the 7MP camera that’s found on current gen-iPhones.

There could also be a special black coating to hide lenses and add to the device’s aesthetics.

Apple’s 2019 iPhone lineup has been subjected to numerous leaks and reports, with one of the earliest renders of the iPhone XI being outed by Digit. Now, the noted Apple analyst Ming-Chi Kuo has revealed some more details about the iPhones launching this year. As per a research note by the analyst, obtained by MacRumors, the three 2019 iPhones launching this year will come equipped with a 12MP front camera setup, which will be an upgrade from the 7MP sensor that one will find in the current generation of iPhones. Additionally, the analyst notes that the model replacing the iPhone XR will feature a 6.1-inch LCD display, while the one replacing the iPhone XS and XS Max would sport a 6.5-inch and 5.8-inch OLED screens respectively.

“A super-wide camera will be newly adopted by the triple-camera system, which is equipped with the 12MP/1um CIS provided exclusively by Sony. (2) The front camera of all three new iPhone models will likely upgrade to 12MP CIS+5P lens (vs. current 7MP CIS+4P lens),”  Kuo’s research note states. As mentioned in the analyst’s note, the triple camera setup on the iPhone XI Max would feature a super-wide angle lens that is said to use a Sony sensor. Additionally, Apple is said to employ “black lens-coating technologies” on the rear super-wide-angle lens and front camera lens of the upcoming iPhone XI and iPhone XI Max. This coating will apparently impart an "inconspicuous" look to the lenses and help them blend in with the bezels to deliver a “more aesthetically pleasing look”.

The 2019 iPhones are expected to be announced in the second half of 2019 and are also speculated to come with support for reverse wireless charging. They are most likely to be launched running on by the new Apple A13 SoC, which is rumoured to be manufactured using TSMC's new 7nm EUV process.