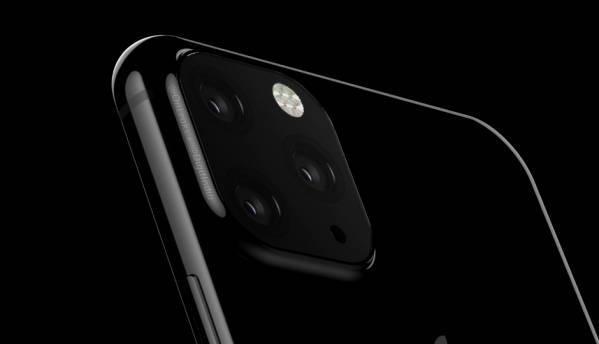 The 2019 iPhone will reportedly come with reduced TrueDepth camera notch, 4000mAh battery, and more. The iPhone XR could be equipped with 4x4 MIMO antenna design for better network and data speeds.

Apple is most probably working on its upcoming 2019 lineup of iPhones and we have already given you a glimpse of what it might look like. A previous report also reiterated the same, but the design of the revealed handset was slightly different, suggesting that it might be another model. At least two of the tentative iPhone XI series handsets might feature a triple-rear camera setup and now, iCTech has stated five features that the device could ship with. As per iCTech’s Weibo post, via Apple Insider, the 2019 iPhone lineup might sport a triple-lens camera with 3x telephoto lens, reduced TrueDepth camera notch, 4000mAh battery, 15W wireless charging support and a screen with 90 to 120Hz refresh rate. Another report by MacRumours suggests that the next generation iPhone XR will support better internet speeds as it might be equipped with 4x4 MIMO (multiple-input, multiple-output) antenna design.

Let’s go over the new details one by one. The first feature is said to be the presence of triple cameras for the main camera setup of the 2019 iPhones with 3x telephoto lens. This information about the cameras might turn out to be true since the renders we obtained, and the ones that were recently outed, suggest the same. As for 3x telephoto lens, the iPhone XS and XS Max are equipped with  2x telephoto lenses so, the jump to 3x is not unbelievable. Additionally, the current iPhone XS, XS Max and the iPhone XR sport battery capacities of 2658 mAh, 3174 mAh and 2942 mAh. It’s likely that the bump to a 4000mAh battery could be reserved for the top-end iPhone launching in 2019. However, we suggest you take this info with a pinch of salt since iCTech didn’t reveal its source.

Coming back to the Weibo report, it also suggests that the new iPhones might support 90 to 120Hz screen refresh rate. This seems plausible since the Apple iPad Pro already sports a 120Hz refresh rate and with more smartphone manufacturers going for a screen with high refresh rate, Apple could opt for the same. The previous renders of the iPhone XI also revealed a reduced notch on the front of the phone. Apple is speculated to be shifting to a refreshed TrueDepth array with a 10MP camera, up from the 7MP found in currently available iPhones. The upcoming iPhones might also be upgraded with 15W fast wireless charging but it remains to be seen how thermals will be managed.