Xiaomi has revealed the official name of the laptop that it's launching in India on June 11. It will be called Mi Notebook Horizon Edition. The name indicates this is a new laptop that has not been released anywhere, as promised by Xiaomi. 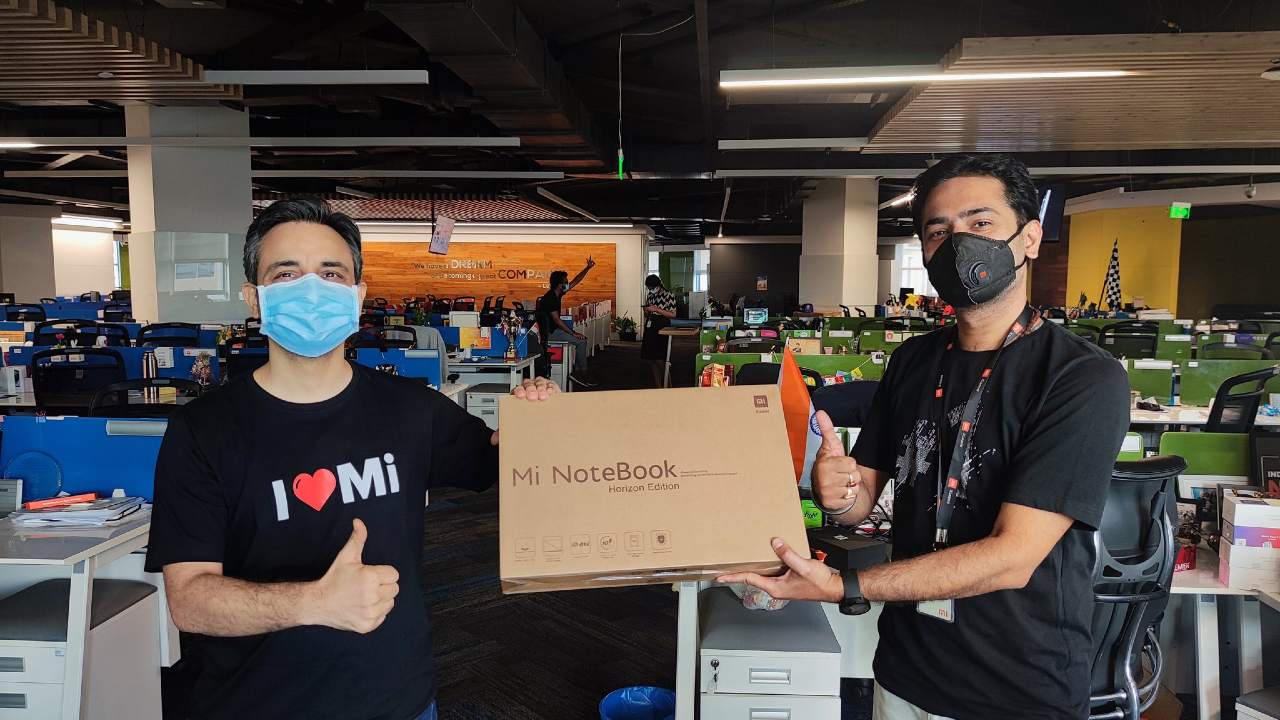 The upcoming Xiaomi laptop will officially be called the Mi Notebook Horizon Edition and will launch on June 11. The name was revealed in a Twitter post by Xiaomi India VP Manu Kumar Jain  The name indicates this is a new laptop that has not been released anywhere, as promised by Xiaomi.

The image of the retail box also reveals some key specifications of the upcoming laptops. While the text on the retail box is not very clear in the photos (despite the image being taken on the Mi 10 5G with a 108MP camera ;) ), we could make out some key features. That includes a display with thin bezels, Windows Hello support, an SSD drive, DTS surround sound, and antivirus protection.

Tipster Ishan Agarwal made some of the specs clearer. According to his tweet, the Mi Notebook Horizon Edition will sport a 14-inch bezel-less display which will be named Horizon Edge Display by Xiaomi. The notebook will also apparently last for 10 hours on a single charge and will have support for DTS audio. There will be an SSD on board as well, with the exact configurations still unknown.

There’s also a possibility that this is not the only laptop that will be announced on June 11th. Xiaomi may launch other models at varying price segments to capture the market, going by reports. Previous reports also tipped the 'made for India' laptops are nothing but the RedmiBook lineup that launched in China recently, which will be rebranded. Xiaomi is known to have taken this approach with the smartphones before, more recently with the Redmi K30 being rebranded as the Poco X2. And except for the 10-hour battery life claimed by the tipster, all the features line up with the RedmiBook 14.

As far as the marketing positioning is concerned, Xiaomi has namechecked popular laptop OEMs - Dell, Asus, HP, Lenovo and Acer indicating that the upcoming laptop will be a mainstream offering, likely with the latest Intel processors. We will have more details to share with you closer to the launch.