Samsung's new patent is about a notebook-like device that has a phablet dock, which suggests it could simultaneously run Windows and Android operating systems. 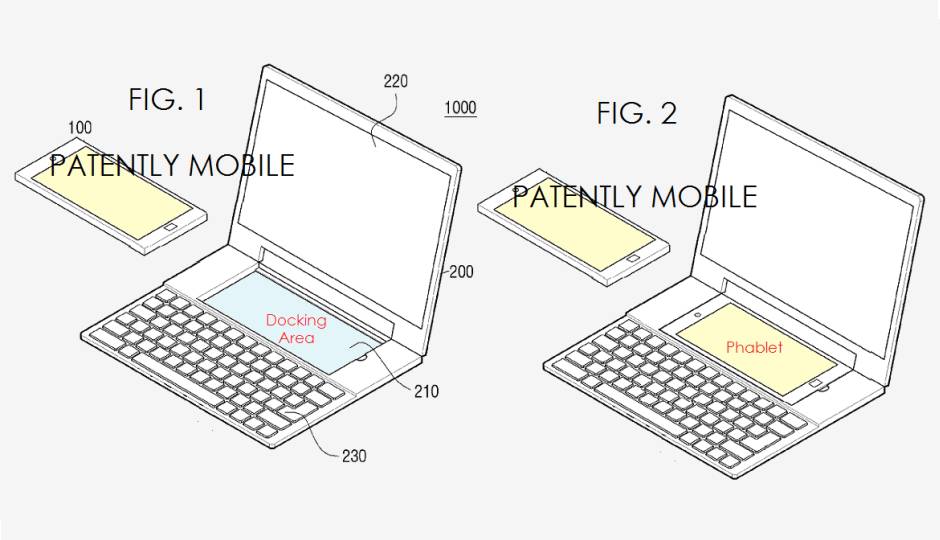 Samsung has received a patent for a phablet dock that can be placed in a Windows laptop. The system has two components – first is phablet that possibly runs Android while the second is the phablet dock that is inside a notebook featuring display and keyboard. The device will allow users to switch between Android and Windows operating systems.

Samsung's new patent hints at an interesting hybrid device, as it retains focus on the smartphone/phablet as well as gives users flexibility to increase productivity through a notebook-like device. Samsung is likely to use this technology to compete with Apple and Google in the enterprise segment. But, it's highly unlikely we see the commercial launch of the product anytime sooner. However, we can expect partial adoption of the technology in future Samsung products. Revelation of the new Samsung patent comes shortly after Google's new patent about smart toys was reported. Google's new patent reveals it is developing smart internet connected toys that would listen to instructions and follow voice commands from home owners to do tasks around the house. For e.g., the toys could switch lights on and off or turn on household appliances by a simple vocal command.