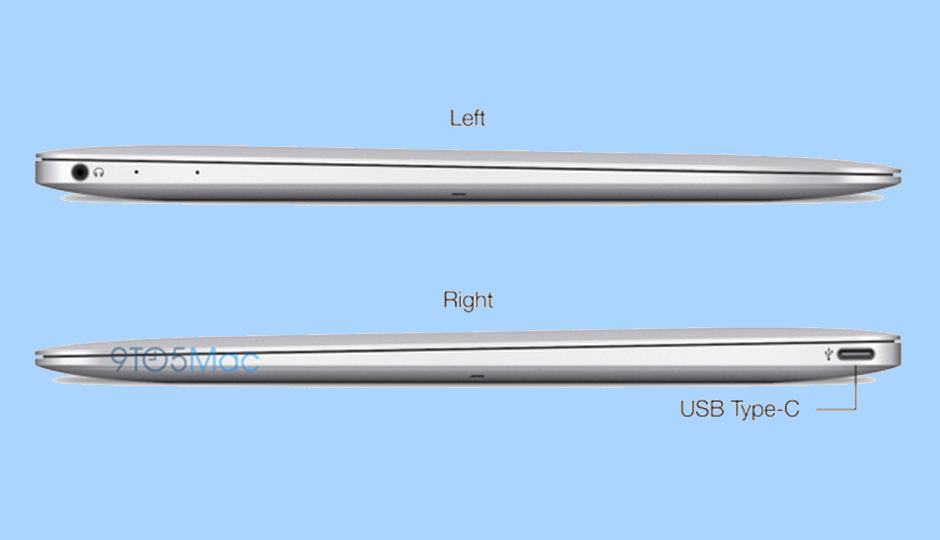 According to a report, the new MacBook Air has been completely redesigned and is approximately a quarter-of-an-inch narrower than the 11-inch version, but also a quarter-of-an-inch taller to accommodate the slightly larger display. The bezels on the display has been reduced on all sides in order to fit the larger screen in a smaller body like that of the 11 inch model. The laptop has a tapered, teardrop-like design, with four redesigned speaker grills above the keyboard that work as ventilation holes also.

The new keyboard sits edge to edge across the laptop and the keys are placed closer together, in order to make the laptop as narrow as possible. Apple has also changed the trackpad making it a little taller and it does not have the same clicking effect as found in earlier models.

Apple is also leaving the standards MagSafe connectors, full-sized USB ports and SD card slots in favour of smaller Type C USB ports. According to the report, the new Type C USB ports are placed on the left side while the right side has dual-microphones for input and noise-canceling and a standard headphone jack.

The new USB Type-C connector is smaller and faster than the standard USB 2.0 and 3.0 ports and can also charge laptops. Similar to Apple lightening connector, it is reversible, making standard MagSafe plugs unnecessary.

According to reports Apple is already nearly production for the MacBook Air and is expected to be launched in mid-2015. The new MacBook Air may come in the new space grey color seen its latest iOS devices and on some Macs.

Read: iPad Air Plus with 12.2-inch display, A9 processor rumoured