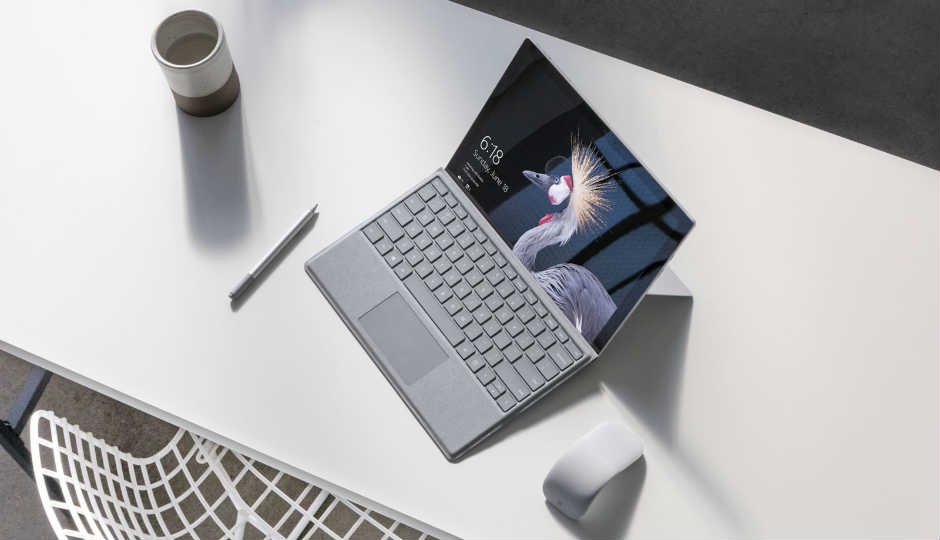 With the new Surface Pro, Microsoft is switching to Intel's 7th generation Kaby Lake processors and the i5 model offers a fanless design. The company is also introducing new Alcantara type cover in Platinum, Burgundy and Cobalt Blue colour options. Microsoft's Surface Pro is not a revolutionary update, but a functional one aimed at existing Pro users wanting for updated hardware.

In terms of specifications, it still sports a 12.3-inch Pixel Sense display with a resolution of 2736 x 1824 pixels and a 3:2 aspect ratio. The device can be configured with 4GB or 8GB or 16GB RAM and option for either 128GB, 256GB or 512GB storage. The 2-in-1 convertible is powered by either Core m3 or Core i5 or Core i7 processors and comes with Intel HD Graphics 620 on the standard model and Iris Plus Graphics 640 on the Core i7 variant.

The new Surface Pro sports an 8MP rear camera and a 5MP front camera. Like Surface Laptop, the new Surface Pro also skips USB-C port and offers one full-size USB 3.0 port, Mini DisplayPort, headphone jack and microSDXC card reader. Since the design is same as its predecessor, it is compatible with existing accessories and uses the proprietary Surface connector. The new Surface Pro offers support for 4G LTE, and will become available in 25 markets from June 15 starting at $799 (approx. Rs. 51,800).