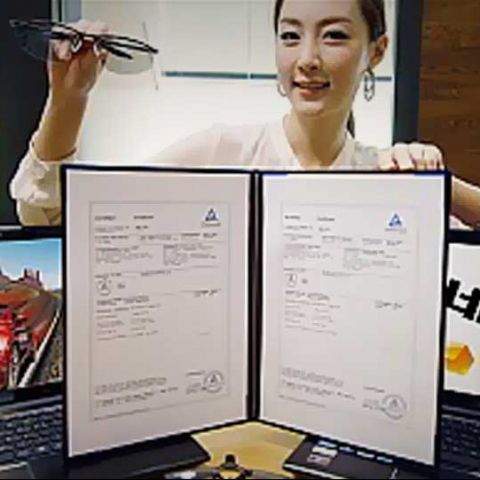 TÜV Rheinland, a leading European authority on technical, safety and certification services, says LG has solved “3D’s most vexing shortcoming” – flickering. It has awarded the LG A530 the first flicker-free certification for a 3D notebook in the world.

According to LG, TUV issued its certification after rigorous testing of the FPR-type 3D display, and said it had resolved the flickering problem which causes discomfort when viewed for a prolonged period of time.
J.J. Lee, Executive Vice President and Head of LG Electronics PC Business Unit, spoke about the certification:

“Recognition from TÜV Rheinland is especially welcome given the organization’s focus on quality and safety. Official certifications from leading third party authorities only help to confirm our belief that LG’s 3D technology is second to none.”

The LG A530 features a full HD Film Patterned Retarder (FPR) display, a passive 3D display, which supposedly provides the brightest and most flicker-free 3D experience when compared to other 3D display technologies.
The LG A530, which was introduced in Korea two months ago, is currently the top seller in the local 3D notebook segment.