The patent will also allow Google to use facial recognition for unlocking the device. 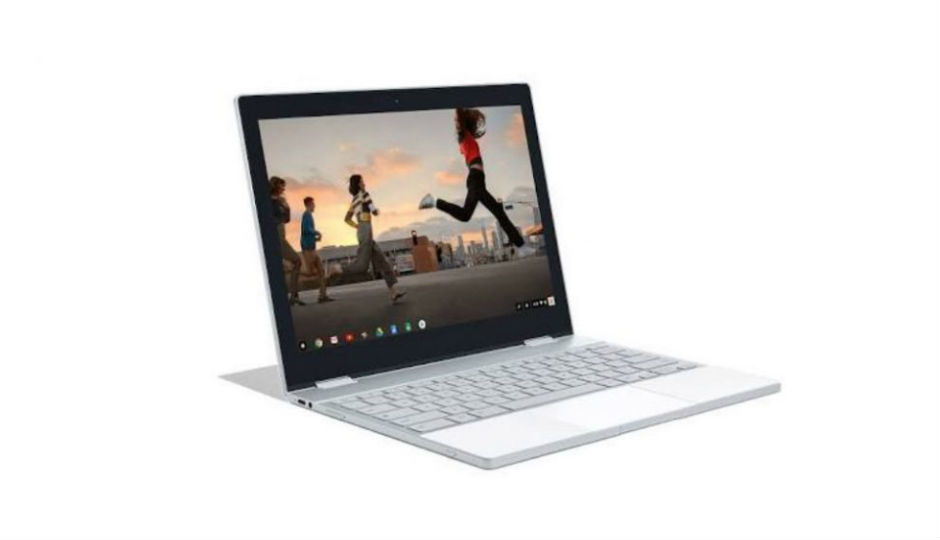 While India still awaits the Google Pixelbook, Google has patented a motorised Pixelbook lid, perhaps for its next iteration. The patent was originally applied for in the year 2013, but Google was granted the patent this Friday. According to the patent, the user will press the yellow portion on the lid for a certain time or with certain pressure and this would enable the motorised hinge to open the lid. Once a user sits in front of the machine, the front facing camera would then track the user’s face and constantly make adjustments to the screen’s display angle as the user changes positions.

As for security, the patent suggest that the said machine can have a face detection at the back of the machine, which will capture the image of the user when the system is in closed position. The image received from the camera(s) can then be used to recognise the user. A similar face detection method can be implemented on the front facing camera as well. 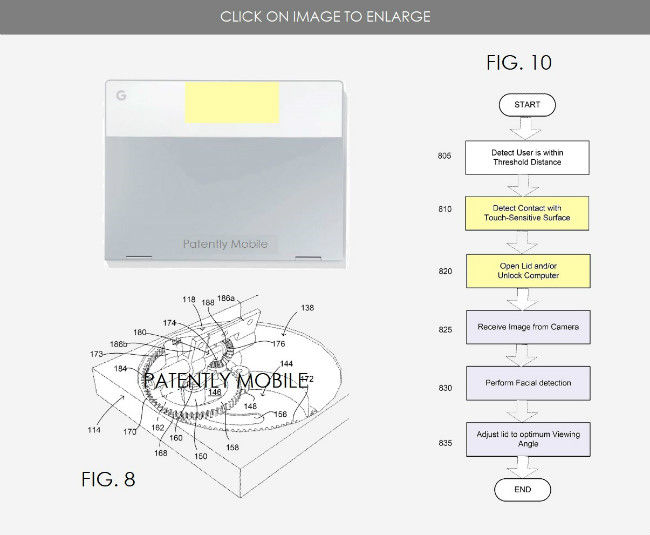 As for the face tracking features, the camera(s) at the front of the laptop device will detect objects and motion. The processor will then instruct the motorised hinge to move the lid to a position where the subject (user) is in the centre of the frame. This could particularly come in handy while doing conference calls or during presentations. The patent also suggests that if the camera does not detect the face of the user, the processor will initialise searching mode by panning the lid, throughout its rotational range. If the device is unable to detect a face or user after a predetermined number of search cycles, the computer will shut down and automatically lock itself. 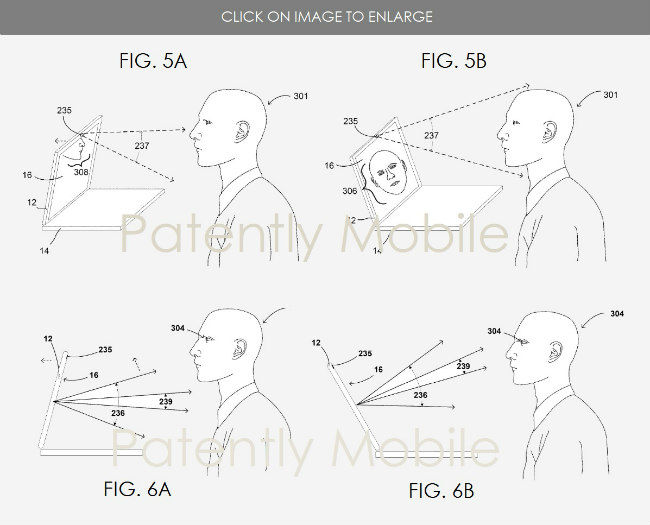 The patent is credited to Google’s Senior Product Design Engineer, Ken Loon, who also worked on the Pixel phone, the Pixelbook and Google’s self-driving cars.