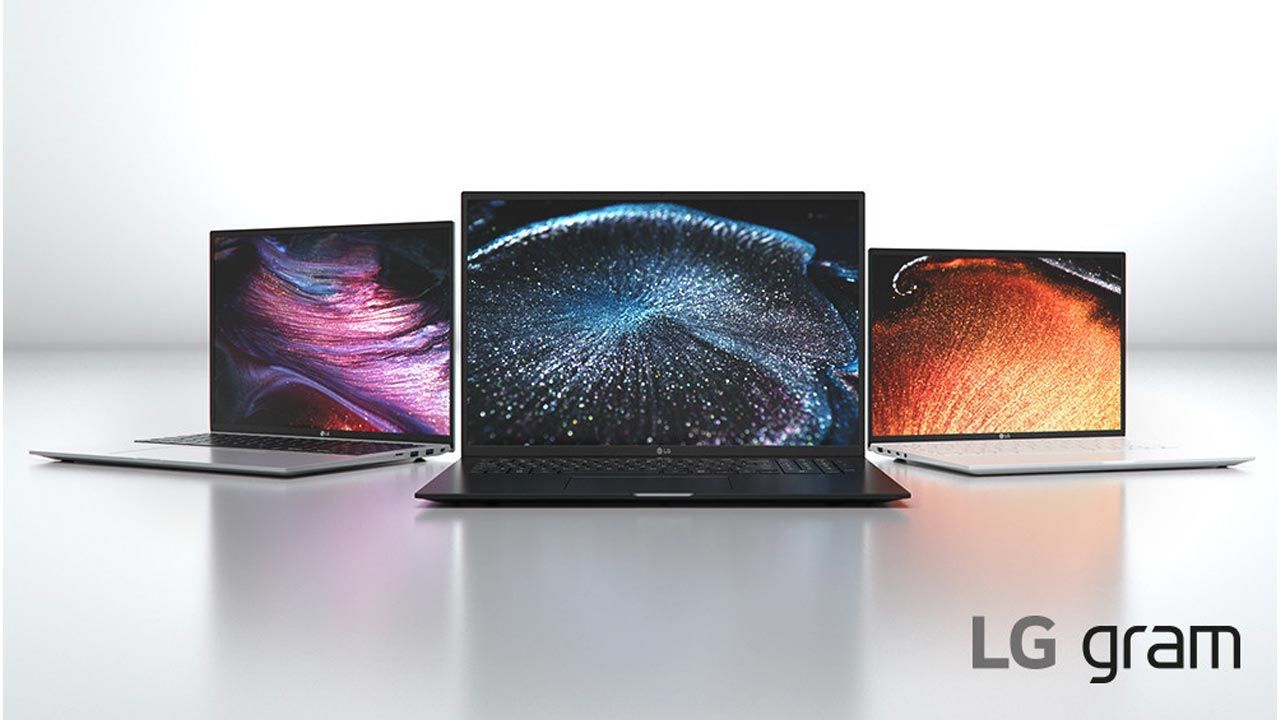 The Consumer Electronics Show, which typically takes place in Las Vegas, is now completely virtual for 2021 and kicking the show off is LG, which has announced a refresh to the LG Gram series of laptops. Besides revamping the three existing models, LG has also introduced the 2-in-1 versions of the laptops.

The refreshed LG Gram now comes in 14-inch, 16-inch and a 17-inch chassis. The older 15-inch model is now 16-inches due to the fact that LG has now adopted the 16:10 aspect ratio which is fast gaining popularity. The 14-inch LG Gram’s display has a resolution of 1920x1200 while the other two larger laptops come with a resolution of 2560x1600. LG claims all three displays will cover 99 percent of the DCI-P3 colour space. Living up to its name, the 14-inch LG Gram weighs 999 grams, 1 gram shy of a kilo. The 16-inch LG Gram tips the scale at 1190 grams with the largest 17-inch variant weighing 1350 grams. All three variants will be powered by Intel’s 11th generation processors with Xe graphics and offer support for 8GB and 16GB storage. Storage on all variants will be provided via an m.2 NVMe drive and all laptops will come with USB4/Thunderbolt 4 ports.

LG Gram 2-in-1 Features and Specifications

LG has also announced two 2-in-1 variants of the Gram laptops, in on 14-inch and the other 16-inch form-factors. In terms of hardware, these laptops will also be powered by Intel’s 11th generation processors with Xe graphics. The 2-in-1 form factor is much heavier in comparison to the normal counterpart, with the 14-inch variant weighing 1250 grams and the 16-inch variant tipping the scales at 1480 grams. These two laptops also come with the same 16:10 aspect ratio displays, with the 14-inch model having an FHD+ resolution while the larger 16-inch variant has a QHD+ panel. Interestingly, the LG Gram 2-in-1 display is protected by Gorilla Glass 6. The convertible versions of the Gram also support stylus input thanks to Wacom AES 2.0.

All five laptops introduced today come with the Intel Evo certification, which means the laptops will support fast charging, instant wake, lightning-fast connectivity thanks to Wi-Fi 6 and more. As of now, there’s no price or price revealed by LG for the new laptops. LG does sell the LG Gram laptops in India, although they're not the ones announced at CES.