Apple has reportedly decided to use the 14nm Intel Kaby Lake Refresh Processors instead of the 10nm Intel Canon Lake CPUs on the upcoming MacBook Air. 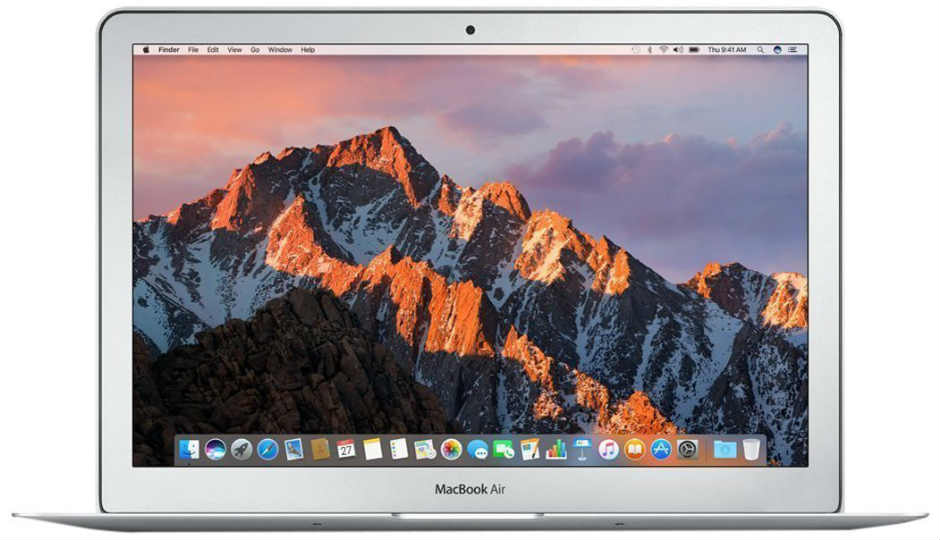 Apple recently launched its refreshed MacBook Pro laptops and is expected to do the same with its MacBook Air series of laptops, which are rumoured to be simply called MacBooks. As per a report by Economic Daily News, via MacRumours, the upcoming MacBook Air laptops could be powered by Intel's eighth-generation Kaby Lake Refresh processors, which were released in the second half of 2017. It was earlier speculated that the company will equip the upcoming laptops with Intel’s Canon Lake chips that are based on 10nm process. However, as Intel is reportedly facing delays with the transition to the 10nm process, Apple has decided to use the Kaby Lake Refresh processors, which are manufactured using a 14nm process.

If the report is to be believed, then the revamped MacBook Air could come with the 7th generation i5 and i7 processors with base clock speeds between 1.6GHz and 1.9GHz, and max Turbo Boost speeds between 3.4GHz and 4.2GHz. This is because the processor series consists of only the aforementioned processors that have a 15W TDP and come with integrated Intel UHD 620 Graphics and support up to 32GB of LPDDR3 or DDR4 RAM modules. This means that the new MacBook Air laptops should turn out to be significantly faster when compared with their predecessors that are still powered by Intel’s Core i5 and i7 processors from 2015.

The 13-inch MacBook Pro with a Touch Bar comes in eighth-gen quad-core Intel Core i5 and Core i7 CPUs with clock speeds going up to 2.7GHz and 4.5GHz respectively with Intel Turbo Boost. The GPU remains the same Intel Iris 655 with 128GB of embedded DRAM and one gets to choose from storage options of up to 2TB. The price of the base model stays the same at $1,799 (Rs 1,23,100 approx).

There is also the 15-inch MacBook Pro with Touch Bar. It is more powerful with eighth-gen six-core Intel Core i7 and Core i9 CPUs with support for up to 32GB DDR4 RAM. The latest CPUs clock at 2.9GHz, and can go up to 4.8GHz with Intel Turbo Boost. The GPU is a 4GB AMD Radeon Pro and Apple has kept the base model’s price the same at $2,399 (Rs 1,64,176 approx). You can learn more about the laptops here.