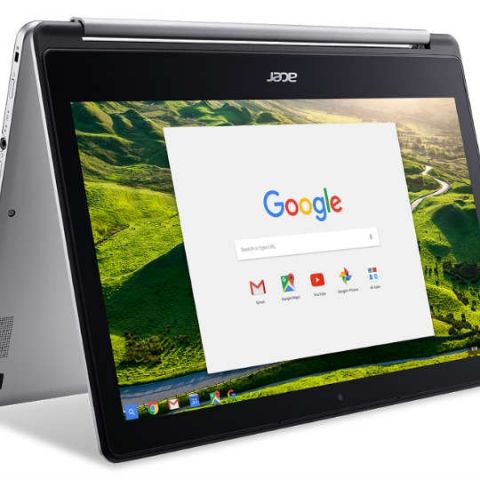 Acer has announced the Chromebook R 13 at IFA 2016. The device is a convertible Chromebook with a 13.3-inch display with a 360-degree hinge that lets it be used in a number of different modes such as laptop, pad, display and tent. The Acer Chromebook R 13 features a Full HD display and is powered by a quad-core MediaTek M8173C CorePilot processor and 4GB of RAM. The device is equipped with a USB Type-C port and Acer says it has a 12-hour battery life. There is also a, HD webcam with High Dynamic Range imaging as well as an integrated microphone for chats. The device also offer HD audio with dual built-in speakers. Further, the planned support for Android apps via the Google Play Store also adds more functionality to the device.

The Acer Chromebook R 13 will be available in 16GB, 32GB and 64GB storage variants, with prices starting at $399 (approx. Rs. 26,800). It will be available in North America and EMEA in October. However, the company notes that specifications, prices and availability will vary by region.