Tech industry has seen a few breakups that are still fresh in our memories. In the smartphone industry, OnePlus split from Oppo to form a new company and most recently, Realme parted ways from Oppo. Today morning, the rumours of Redmi splitting up from Xiaomi took everyone by surprise even as the company announced that it will launch a smartphone on January 10. While everyone was playing guessing games, Xiaomi CEO Lei Jun confirmed the development.

According to GizmoChina, the executive said that the decision of making the brand an independent entity is to focus on the Mi brand of phones to generate more business from that segment of the smartphone market. After this split, Xiaomi will have three different brands under it: Redmi for budget phones, Poco for ‘affordable premium’ phones and Mi for premium phones. The Redmi devices are primarily sold online platforms while Mi phones are offline-centric. 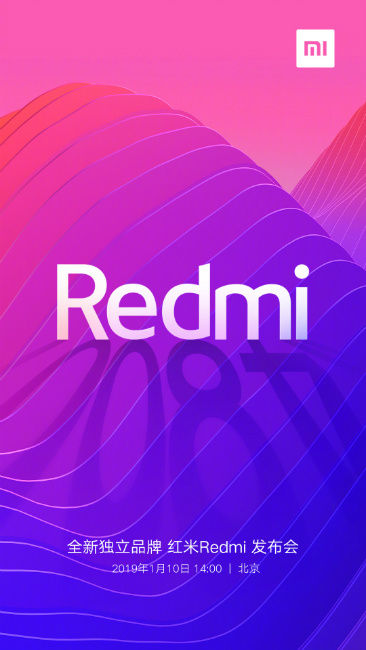 According to market Research firm Counterpoint Research, Xiaomi held a whopping 65 percent share and was the most preferred brand for users for their next smartphone purchase in the Rs 10,000 to Rs 15,000 (Redmi devices) price segment owing to value-for-money and brand awareness. Its counterpart Huawei also has a sub-brand Honor whose phones are primary sold through e-commerce platforms. Honor devices are more popular because of their aggressive pricing.

Earlier in the day, Xiaomi announced that it will launch a Redmi phone with a 48MP rear camera, which could come with a punch hole display on, January 10. There is no word on what phone will be launched but conflicting reports suggest it could either be the Xiaomi Redmi Pro 2 or the Redmi 7. A previous report said that the 48MP sensor could be a part of the triple camera setup on the back panel of the phone.