Volocopter is a giant drone that people can ride

The Volocopter VC200 is manufactured by German company, e-volo, and can carry two people at a maximum speed of 100km/hr 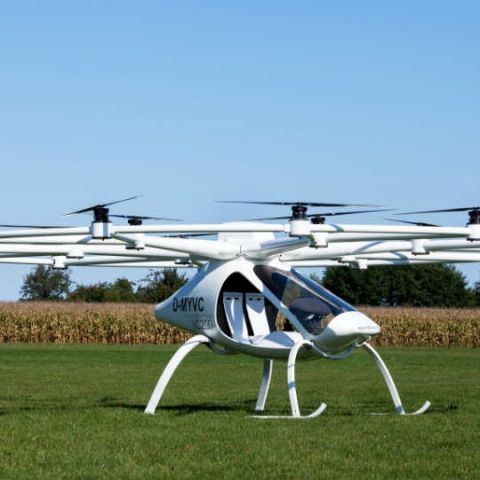 A German company, e-volo, has created the Volocopter VC200, an aircraft that resembles a large drone that can carry people. The Volocopter is made using a lightweight, fiber composite material and is capable of vertical takeoff, landing, and hovering. The aircraft has 18 rotors and can carry up to two people. Moreover, the Volocopter is battery-powered, making it quiet and environmentally friendly. The company believes that the multirotor aircraft has multiple applications such as mass transit, transportation of heavy loads, amusement, and more.

In February this year, The Volocopter received a permit to fly from German aviation authorities and the first manned flight occurred on March 30. The flight was conducted by e-volo’s Managing Director, Alex Zosei who described the flight as, "totally awesome."

The Volocopter has a top speed of 100km/hr, but the company claims that the aircraft is safe and easy to fly. e-volo says that the pilot only needs to specify the direction and not worry about factors such as gliding angle, minimum speeds, stalling, mixture control, pitch adjustment, and more. The 18 rotors generate the necessary lift and unlike a conventional helicopter, the pitch of these rotors cannot be changed. The aircraft is controlled by changing the speed at which each rotor spins. Each rotor comes with its own electrical motor, while the position and direction control is achieved using independent board computers that mutually monitor one another.