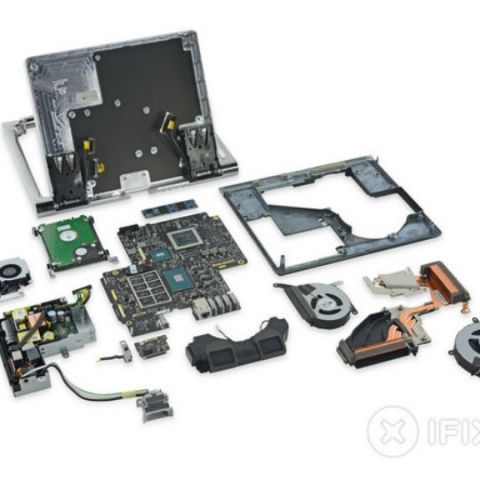 Microsoft’s newest All-in-One, the Surface Studio, has received the teardown treatment from the guys over at iFixit. The device received a score of five out of a possible ten, meaning that it is moderately easy to repair. It was noted that the base of the device was easy to open and included several modular components such has a standard SATA hard drive and M.2 SSD. This means that these can be replaced without the need to dismantle the display or the base. Further, The entire display assembly could be replaced as a single piece, removing the need to dismantle the display or base.

However, iFixit also noted that while the storage should be upgraded, the RAM, CPU and GPU cannot as they are soldered onto the board. In addition, the components that are embedded into the display, such as the buttons, sensors and speakers, will be difficult to replace if they fail.