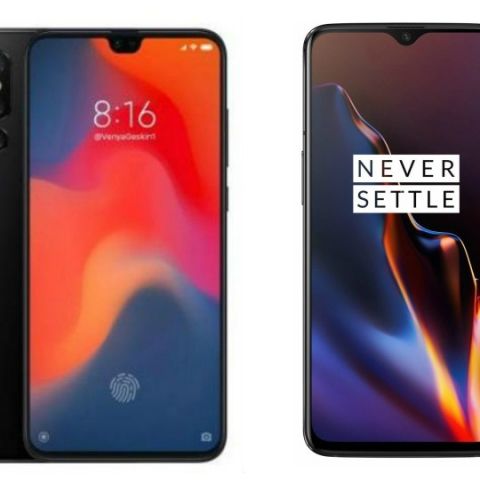 Xiaomi has finally launched its Mi9 in China on Wednesday at an event, which held in Beijing. The phone is a successor to the Mi 8, which was launched last year. The key highlights of the Xiaomi Mi 9 are triple camera setup, in-display fingerprint sensor, and a 48MP rear camera. The phone is priced at CNY 2,999 that roughly translates into Rs 31,800. The price at, which the phone is launched in China makes it a competitor of the OnePlus 6T.  So, let’s compare these two devices specifications to know whether the Xiaomi Mi 9 would able to give a tough fight to a powerful device like OnePlus 6T at least on paper? 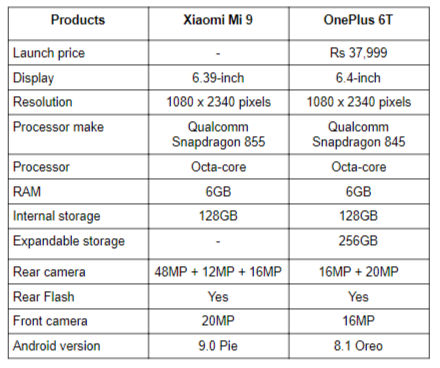 The Xiaomi Mi 9 features a 6.39-inch FHD+ Samsung AMOLED display that offers a resolution of 2340 x 1080 pixels. The display is protected by Corning Gorilla Glass 6 and sports a tiny water-drop notch on top of it. On the other hand, the OnePlus 6T comes with a slightly bigger 6.4-inch screen that offers a resolution of 2340 x 1080 pixels, same as the Xiaomi Mi 9. Both the device features an in-display fingerprint sensor as well.

As far as the cameras are concerned, the Xiaomi Mi 9 sports a triple 48MP + 12MP + 16MP rear cameras along with a 20MP front camera for clicking selfies. On the other side, the OnePlus 6T sports a dual 16MP + 20MP camera setup on the back with a 16MP sensor at the front.