The Samsung has launched two flagship devices this year- Samsung Galaxy Note 9 and Samsung Galaxy S9. We are comparing the two to see which one would be the right buy for you? 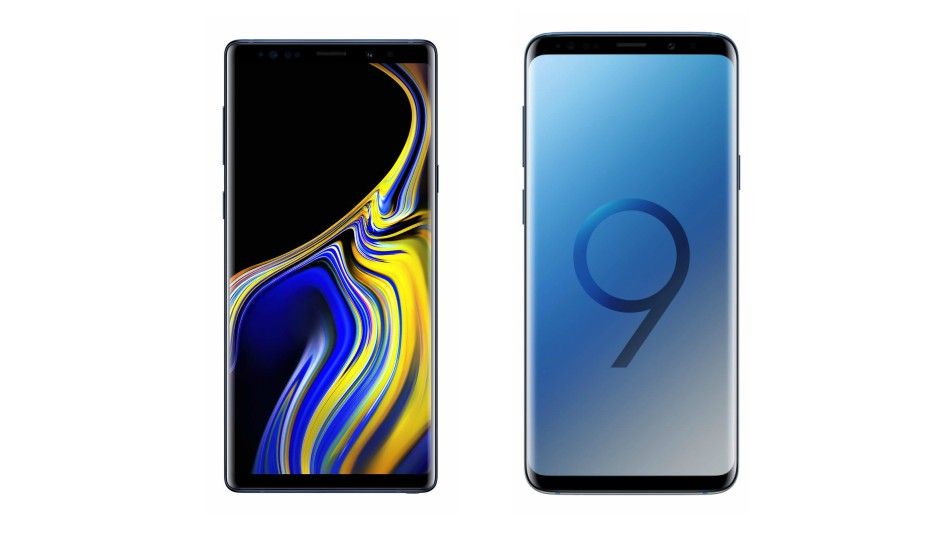 The Samsung “S” and “Note” series is one of the most popular flagship smartphone lineups by the company. The Samsung Galaxy S9 and Note 9 are also two of the most expensive and biggest devices by the company that looks a lot like each other. However, there are some key differences that may not come in notice at first but are very crucial to know before you come to any conclusion. So, let’s just compare these two stylish smartphones to know which one would be the right for you in terms of specifications and features.

Last year, when Samsung launched the Galaxy Note 8 with a 6.3-inch display, it seemed perfect to those who like to use bigger phones. This time, Samsung has given a slightly bigger 6.4-inch Super AMOLED display that offers a resolution of 2960 x 1080 pixels.

The Note 9 might be little too big for those who are not used to gigantic phones. Both the device panel offers the same resolution and comes with the same Super AMOLED technology.

The Samsung Galaxy Note 9 comes with a dual 12MP rear cameras with an 8MP sensor on the front. The AI-based rear cameras can identify up to 20 scenes and optimize the setting as per the nature of the object in order to produce the best possible image. It can also enhance the low-light images by using AI technology.

On the other hand, the Samsung S9 has a single 12MP rear camera with an 8MP unit on the front. This time Samsung has placed the fingerprint sensor right below the camera, which is better than the last time.

Other than the differences in their cameras, battery, and display. The biggest difference between the two is the “S” Pen, which comes with the Galaxy Note 9. The latest “S” Pen is Bluetooth enabled that can be used as a remote to click photos, control media playback, for sending live messages, and a lot more. 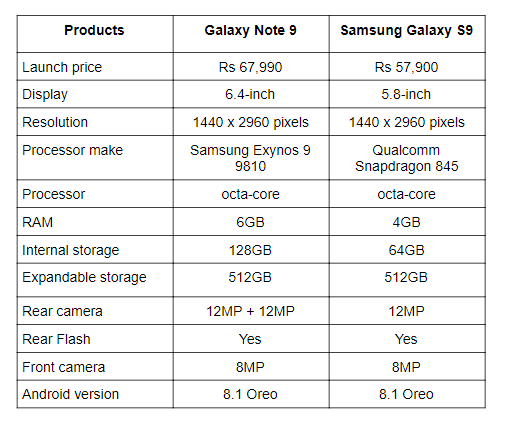