The World’s first “quad rear camera setup” smartphone Galaxy A9 is finally launched in India. We pitted it against the OnePlus 6T to see which flagship smartphone will win the battle on paper. 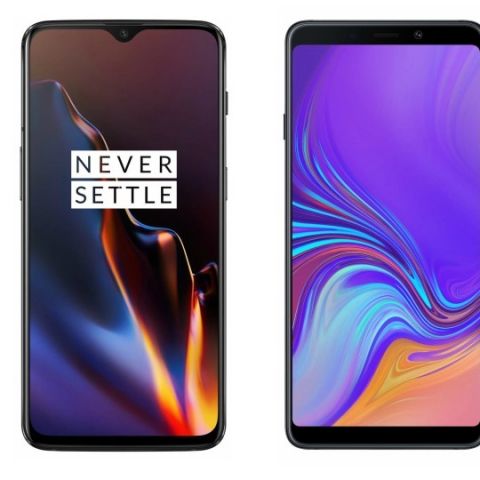 The Samsung has launched the world’s first quad rear camera setup smartphone Galaxy A9 in India on Tuesday. The Phone will come in two variants 6GB/128GB and 8GB/128GB. On the other hand, we have one of the most reasonable flagship smartphone the OnePlus 6T, which is powered by a Qualcomm Snapdragon 845 processor. The smartphone is available on Amazon at Rs 37,990. Let’s compare these two flagship smartphones to see which one provides the best value of your money in terms of specifications. 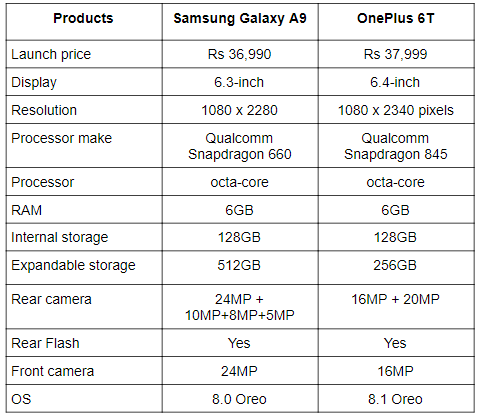 The cameras are the main USP of the Samsung Galaxy A9 as it is the first device to come with a “quad camera setup” at the back. It is equipped with 24MP + 10MP + 8MP + 5MP units on the back along with a 24MP sensor at the front. On the other hand, the OnePlus 6T have a dual 16MP + 20MP rear camera with a 16MP on the front.