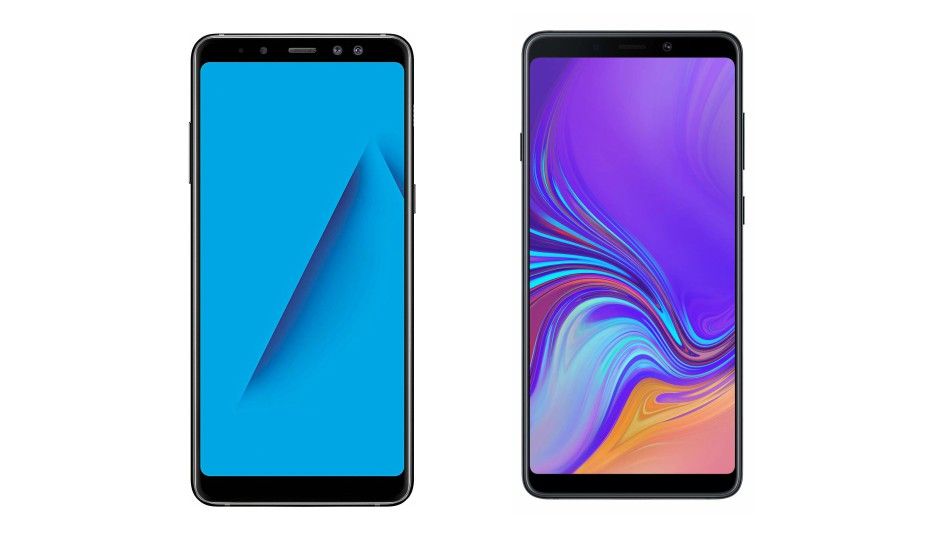 The Samsung has launched the world’s first quad rear camera setup smartphone in India on November 20. The Samsung chose to equip the quad camera setup for the very first time in its mid-range segment smartphone rather than introducing the feature on its flagship Galaxy “S” devices. The Samsung Galaxy A9 sports a 6-inch super AMOLED Infinity display and is available in two variants 6GB/128GB and 8GB/128GB. On the other hand, the Samsung Galaxy A8+, which features an edge-to-edge display and comes with a dual camera set up at the front is a pretty good device at the price, which it comes. Let’s compare the specification of these two devices to see what are the upgrades Samsung has done besides providing four cameras on the back. 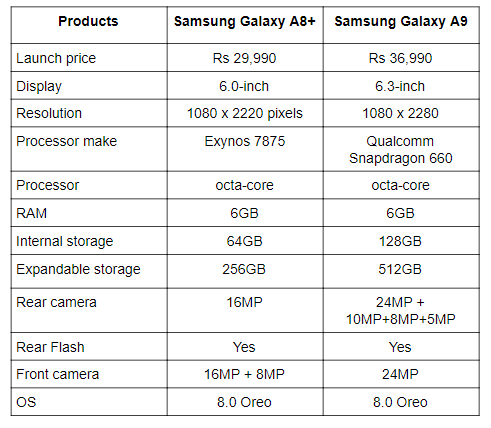