Today, we are comparing the newly launched Oppo K1 with the Oppo F9 to see which device among these two would be the right buy for you in terms of price, hardware and features. 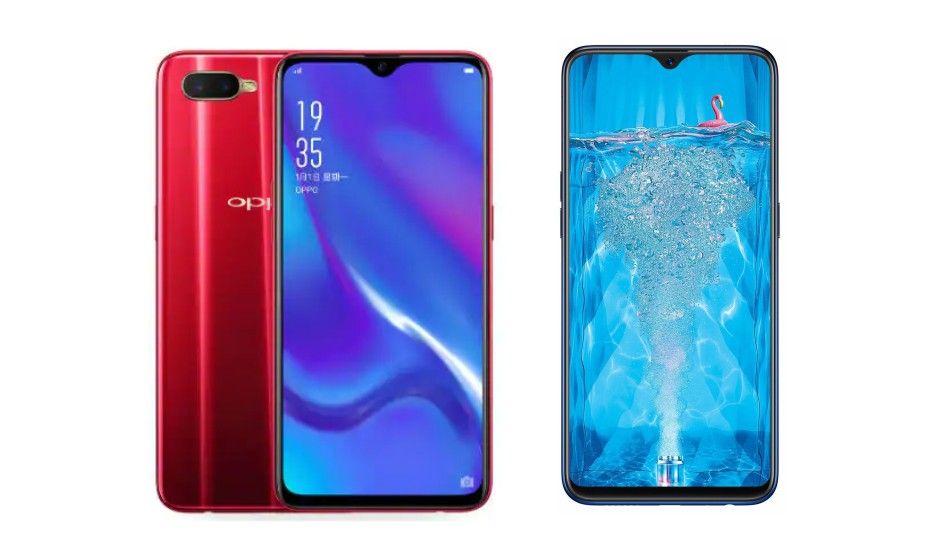 The Oppo K1 is might be the most affordable smartphone in the market right now that comes with an in-display fingerprint sensor. The phone is priced at Rs 16,990 in India and is launched in 4GB/64GB storage model. On the other hand, we have another device by the same company Oppo F9, which is quite similar to Oppo K1 in terms of design and also comes with the almost same price tag. So, let’s see what new the Oppo K1 has to offer within the same price range as Oppo F9 in terms of hardware. 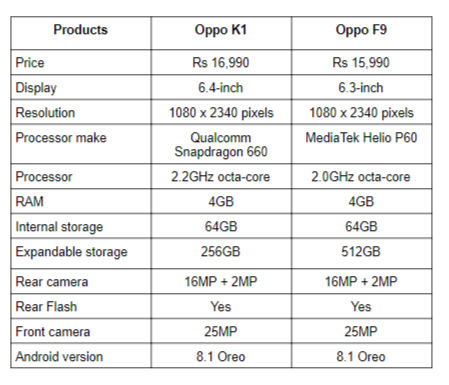 When it comes to the processor, the Oppo K1 is powered by a Qualcomm Snapdragon 660 processor, which is paired with 4GB RAM and 64GB internal memory. The internal storage is expandable to up to 256GB via a microSD card. On the other side, the Oppo F9 is backed by a MediaTek Helio P60 chipset, which is clocked at 2.0GHz.

As far as the cameras are concerned, both the smartphone has a dual 16MP + 2MP camera setup on the back along with a 25MP unit on the front.