Today, we are comparing Xiaomi’s most popular mid-range premium device “Poco F1” with the OnePlus 6T to see which Chinese device offering the best hardware in the mid-range segment. 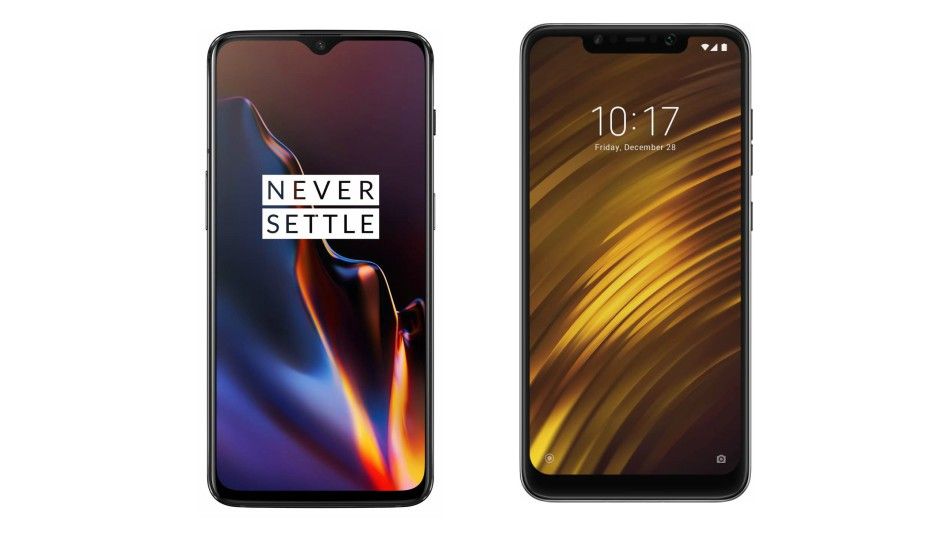 The Xiaomi Poco F1 has been launched in India at a price of Rs 20,999 with the latest Qualcomm Snapdragon 845 processor. The company is even calling the Poco F1 “best-rated flagship” device. On the other hand, the OnePlus 6T is one of the most popular smartphones in the mid-range segment and is also comes with the latest Qualcomm Snapdragon 845 processor. So, let’s do a comparison between the two to see which one offers the best hardware under a limited budget.

The OnePlus 6T sports a 6.4-inch full HD+ AMOLED display that offers a resolution of 2340 x 1080 pixels. The phone features a water-drop notch on top it, which houses the front-facing camera. The device also comes with an in-display fingerprint sensor.

The Xiaomi Poco F1 features a slightly smaller 6.18-inch display that offers a resolution of 2246 x 1080 pixels. The device has an aspect ratio of 18:7:9. It has a traditional notch on top of the display, which is quite big in comparison to the OnePlus 6T, which comes with a dew-drop notch. The reason behind being notch quite big is because of the sensors and camera integrated into it.

The OnePlus 6T has been launched in three variants 6GB/128GB, 8GB/128GB, 8GB/256GB. The phone is powered by the latest Qualcomm Snapdragon 845 processor, which is paired with Adreno 630GPU.

The OnePlus 6T comes with a dual camera setup on the back that has a 16MP primary camera and a 20 MP secondary camera. At the front, the phone is equipped with a 16MP sensor. The OnePlus 6T is capable of recording videos in 4K resolution. The company has also added nightscape mode that enhances pictures in low light.

The Poco F1 sports a dual 12MP + 5MP rear camera that is capable of recording slow-mo videos at 240FPS. At the front, it has a 20MP unit.