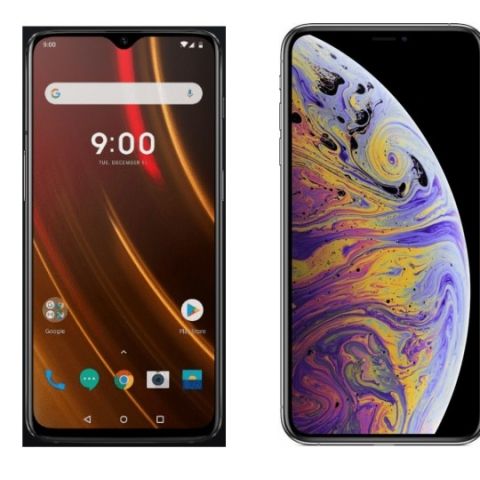 The OnePlus has collaborated with the popular car manufacturer Mclaren for the very first time. The OnePlus Mclaren edition carries the signature design of the Mclaren company. The phone has been launched with 10GB RAM and Qualcomm Snapdragon 845 processor that should definitely make this smartphone smooth in terms of performance. On the other hand, the iPhone XS Max, which is the most expensive smartphone by Apple till the date has been launched with a bigger display but comes with the same design as iPhone X. So, let’s do a quick specifications comparison too see which device is the best when it comes to hardware? 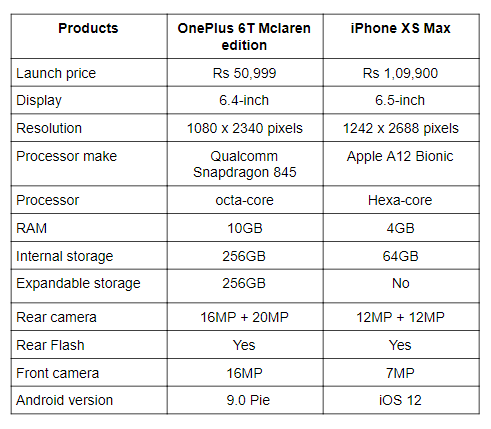 As far as the cameras are concerned, both the devices have a dual camera setup the back. The OnePlus 6T Mclaren Edition comes with a dual 16MP + 20MP rear camera, while the iPhone XS Max features a dual 12MP sensors at the back. At the front, the OnePlus 6T Mclaren Edition has a 16MP unit, while the iPhone XS Max sports a 7MP Sensor.

The OnePlus 6T Mclaren Edition bottom edges are covered by an orange color band, which makes this smartphone stylish in terms of design compared to OnePlus 6T and iPhone XS Max. The phone comes with 10GB RAM and 256GB internal memory that is not expandable. The company has also provided Warp charge 30 in the box, which as per the company, can provide a full day battery in just 20 mins.