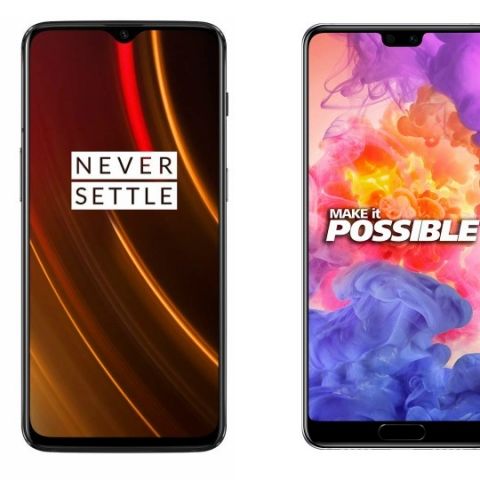 The Huawei P20 Pro is one of the most popular flagship devices of the year 2018. The P20 Pro was the first smartphone by the Chinese brand, which featured a triple camera set up at the back. On the other hand, we have the OnePlus 6T Mclaren edition that is backed by the latest Qualcomm Snapdragon 845 processor, which is coupled with 10GB RAM. It is the first time that the company has collaborated with the popular car manufacturer company Mclaren. The OnePlus mainly changed the physical appearance of the device is compared to the OnePlus 6T. So, let’s just compare these two smartphones to know which one would be the right device to buy? 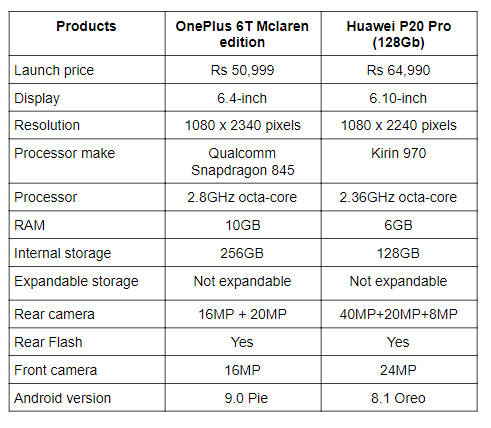 So, let’s begin with comparing the display of these two smartphones in detail. The OnePlus 6T Mclaren edition comes with the same 6.4-inch display as the OnePlus 6T, which offers a resolution of 2340 x 1080 pixels. The phone has a water drop notch on top of it, which houses the front-facing camera only. On the other hand, the Huawei P20 Pro has a bigger 6.10-inch display that comes with a resolution of 1080 x 2240 pixels.

As far as the cameras are concerned, the Huawei P20 Pro has a triple camera set up at the back, which is also the main highlight of this smartphone. The phone sports a triple  40MP + 20MP+ 8MP camera set up at the back along with a 16MP front-facing camera. On the other hand, the OnePlus 6T Mclaren edition has a dual 16MP + 20MP rear cameras with a 16MP sensor on the front.